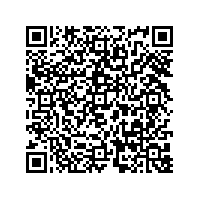 Subscribe to news
(PresseBox) ( Stamford, 09-09-03 )
In the second quarter of 2009, worldwide server shipments dropped 28 per cent year-on-year, while revenue fell 29.4 percentage points year on year, according to Gartner, Inc.

"The server market remains constrained on a worldwide level," said Jeffrey Hewitt, research vice president at Gartner. "Server sales have felt the impact of reduced budgets since the last half of 2008 and the second quarter of this year remained in the negative."

The server market was negatively impacted in all geographic regions. Europe, Middle East, and Africa (EMEA) fell the most significantly with a 31.9 per cent decline in shipments and 35.8 per cent in vendor revenue. The effects from the dollar exchange rate to local currencies had an additional negative influence. Asia/Pacific felt the least downward pressure on units with a 17.2 per cent unit decline, and it also had the least vendor revenue impact for the period with a 15 per cent decrease.

IBM continued to lead the worldwide server market based on revenue (see Table 1). The company posted just over $3 billion in server vendor revenue for a total share of 32.5 per cent worldwide for the second quarter of 2009. This share was up 1 per cent from the same period last year. While IBM retained the No. 1 spot, it sustained a 27.1 per cent revenue decline, with all of its server brands posting year-on-year decreases.

All of the top five global vendors, Dell, Fujitsu, HP, IBM, and Sun, had double-digit declines in revenue for the second quarter of 2009.

In server shipments, Hewlett-Packard remained the worldwide leader for the second quarter of 2009 despite a shipment decline of 26.1 per cent for the year (see Table 2). All of HP's server brands had a year-on-year decline for the period.

Of the top ten vendors in server shipments worldwide, seven posted double-digit decreases in units for the second quarter.

The least impacted server segment was x86 blade servers which fell 23.6 percent in units and 13.6 percent in vendor revenue for the second quarter.

"In the second quarter of 2009, the server market continued the dramatic declines of the first quarter, as economic weakness continued to negatively affect levels of expenditure," said Errol Rasit, senior research analyst at Gartner. "The second quarter offered no respite to the dire results seen in the first quarter, and showed slightly weaker year-on-year declines, as server spending in all segments remained constrained. The priority for server vendors for the second half of 2009 is to adjust their plans in line with modest improvements in server spending as the economy starts to recover."

In the x86 market, total volumes in EMEA declined 31 per cent compared to the second quarter of 2008. Of the top five vendors, HP in the No. 1 spot exhibited a decline of 31 per cent. The No. 2 and No. 3 vendors, IBM and Dell showed the largest declines of the top five at 35 per cent.

RISC and Itanium UNIX revenues declined 38 per cent in the second quarter of 2009. Of the top five vendors in this segment, Sun regained the No. 1 position despite a decline of 40 per cent. Its fiscal year end providing a slight market share advantage relative to its competitors' more typical seasonal performances. IBM in the No. 2 position was the least impacted vendor in this segment, but still exhibited a decline of 22 per cent. HP in the No. 3 position posted a 45 per cent decline, while Bull, which had performed relatively well in the first quarter, succumbed to the general market forces in the second quarter and declined 46 per cent. Fujitsu in the No. 5 position exhibited the largest decline of 73 per cent due to weakness in demand in key countries such as Germany and a greater focus on its x86 product portfolio.

In server shipments, HP maintained its No. 1 position, marginally increasing its share by 0.1 per cent compared to the second quarter of 2008. Even though it saw a decline of 31.7 per cent, HP outpaced its nearest rivals Dell and IBM as a result of its product breadth, market coverage and strong sales execution.

"As economic conditions start to stabilise, the outlook for the third quarter of 2009 is for slightly improved results compared with those seen in the first half of 2009. Even with this relative improvement, we expect server spending behaviour to remain cautious through the second half of 2009, with the market not returning to growth until 2010," concluded Mr Rasit.