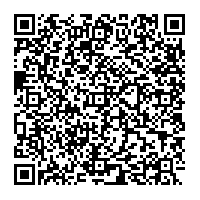 "High-profile smartphone launches from key manufacturers such as the anticipated Apple iPhone 5, along with Chinese manufacturers pushing 3G and preparing for major device launches in the second half of 2012, will drive the smartphone market upward. However, feature phones will continue to see pressure," Mr Gupta said.

In the second quarter of 2012, Samsung's mobile phone sales remained very strong - up 29.5 per cent from the second quarter of 2011 (see Table 1), and managed to extend its lead over both Apple and Nokia quarter-on-quarter. This quarter's growth was driven by record sales of Galaxy smartphones, meaning smartphones now account for 50.4 per cent of all Samsung mobile devices, or 45.6 million units. Demand for the new Galaxy S3 was particularly strong, exceeding Samsung's own expectations, with a reported 10 million units reached in the two months after its release. The Galaxy S3 was the best-selling Android product in the quarter and could have been higher but for product shortages.

In the second quarter of 2012, consumer demand for the Apple iPhone weakened as sales fell 12.6 per cent from the first quarter of 2012, but grew 47.4 per cent year-on-year. Depending on the exact launch date of the new iPhone, Apple might experience another weaker-than-usual quarter in the third quarter of 2012, while Apple will be ready to take advantage of the strong holiday sales in North America and Western Europe that have historically remained immune to economic pressure.

"Samsung and Apple continued to dominate the smartphone market, together taking about half the market share, and widening the gap to other manufacturers. No other smartphone vendors had share close to 10 per cent," Mr Anshul said. "In the race to be top smartphone manufacturer in 2012, Samsung has consistently increased its lead over Apple, and its open OS market share increased to one-and-a-half times that of Apple in the second quarter of 2012."

Nokia's mobile phone sales declined 14.8 per cent in the second quarter of 2012. Nokia is battling fiercely with white-box and new emerging device manufacturers to defend its feature phones sales. Nokia succeeded, to a certain extent, in winning feature phone market share as its sales grew quarter-onquarter.

While posting sequential growth in the feature phone market, Nokia's Lumia devices continue to struggle to find a place in consumers' minds as a replacement for Android.

"Declining smartphone sales is worsening Nokia's overall position, as it had already lost the No. 1 position to Samsung in the previous quarter and is facing reduced profitability due to continuous declining sales of premium smartphones," said Mr Gupta.

In the smartphone OS market, Android extended its lead with an increase of 20.7 percentage points in market share in the second quarter of 2012 (see Table 2). While Apple's iOS market share slightly grew year over year (0.6 per cent), it declined 3.7 percentage points quarter-on-quarter, as users postponed their upgrade decisions in most markets ahead of the upcoming launch of the iPhone 5.

Gartner analysts said the arrival of the iPhone 5 should provide the greatest upgrade opportunity yet as the expected new design with a larger screen and likely other stylistic changes to the form factor will certainly make a strong case for iPhone 4 users to upgrade.

Additional information can be found in the Gartner report "Market Share: Mobile Devices, Worldwide, 2Q12." The report is available on Gartner's website at http://www.gartner.com/....

Gartner, Inc. (NYSE: IT) is the world's leading information technology research and advisory company. Gartner delivers the technology-related insight necessary for its clients to make the right decisions, every day. From CIOs and senior IT leaders in corporations and government agencies, to business leaders in high-tech and telecom enterprises and professional services firms, to technology investors, Gartner is the valuable partner to clients in 12,000 distinct organizations. Through the resources of Gartner Research, Gartner Executive Programs, Gartner Consulting and Gartner Events, Gartner works with every client to research, analyze and interpret the business of IT within the context of their individual role. Founded in 1979, Gartner is headquartered in Stamford, Connecticut, USA, and has 5,000 associates, including 1,280 research analysts and consultants, and clients in 85 countries. For more information, visit www.gartner.com.