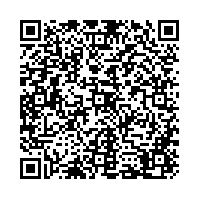 Traditional PC Market Predicted to Decline 7.6 Per Cent as Change in Consumers' Behaviour Drives Transition to Tablets and Ultramobiles

(PresseBox) ( Stamford, Conn., 13-04-04 )
Worldwide devices (the combined shipments of PCs, tablets and mobile phones) are on pace to total 2.4 billion units in 2013, a 9 per cent increase from 2012, according to Gartner, Inc. Device shipments are forecast to continue to grow, reaching more than 2.9 billion units in 2017, but the mix of these devices will significantly change over the forecast period.

The proliferation of lower-priced tablets and their growing capability is accelerating the shift from PCs to tablets. "While there will be some individuals who retain both a personal PC and a tablet, especially those who use either or both for work and play, most will be satisfied with the experience they get from a tablet as their main computing device," said Carolina Milanesi, research vice president at Gartner. "As consumers shift their time away from their PC to tablets and smartphones, they will no longer see their PC as a device that they need to replace on a regular basis."

As a result, the traditional PC market of notebooks and desk-based units is expected to decline 7.6 per cent in 2013 (see Table 1). This is not a temporary trend induced by a more austere economic environment; it is a reflection of a long-term change in user behaviour. Beginning in 2013, ultramobiles will help offset this decline, so that sales of traditional PCs and ultramobiles combined show a 3.5 per cent decline in 2013.

Worldwide tablet shipments are forecast to total 197 million units in 2013, a 69.8 per cent increase from 2012 shipments of 116 million units. "Lower prices, form factor variety, cloud update and consumers' addiction to apps will be the key drivers in the tablet market," said Ranjit Atwal, research director at Gartner. "Growth in the tablet segment will not be limited to mature markets alone. Users in emerging markets who are looking for a companion to their mobile phone will increasingly choose a tablet as their first computing device and not a PC."

In the shares of operating systems (OSs) in device sales, the shift to mobile and the fight for the third ecosystem becomes more evident. Android continues to be the dominant OS in the device market, buoyed by strong growth in the smartphone market (see Table 2). Competition for the second spot will be between Apple's iOS/Mac OS and Microsoft Windows.

Tablets are not the only device type that is seeing aggressive price erosion. Smartphones are also becoming more affordable, driving adoption in emerging markets and the prepay segment in mature markets. Of the 1.875 billion mobile phones to be sold in 2013, 1 billion units will be smartphones, compared with 675 million units in 2012.

"The trend towards smartphones and tablets will have much wider implications than hardware displacement," said Ms Milanesi. "Software and chipset architecture are also impacted by this shift as consumers embrace apps and personal cloud."

Gartner's detailed market forecast data is available in the report, "Forecast: Devices by Operating System and User Type, Worldwide, 2010-2017, 1Q13 Update." The report is on Gartner's web site at http://www.gartner.com/....