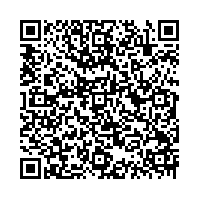 "The PC market revived in the first half of 2010, but the real test of its resilience is yet to come," said Ranjit Atwal, research director at Gartner. "We have reduced our forecast for secondhalf 2010 PC growth to 15.3 per cent, approximately 2 per cent below our previous forecast, in light of the uncertain economic outlook for the United States and Western Europe. There is no doubt that consumer, if not business PC demand has slowed relative to expectations in mature markets. Recent dramatic shifts in the PC supply chain were in no small part a reaction to fears of a sharp slowdown in maturemarket demand. However, suppliers' riskaversion is as much a factor in these shifts as any actual downshift in demand."

"Consumers buoyed the PC market in 2009 as businesses delayed their purchases. The slow pace of economic recovery and austerity measures in Europe have made PC suppliers very cautious in 2010. However, consumer demand is likely to remain strong even if the economic recovery stalls because consumers now view the PC as a relative 'necessity' rather than a 'luxury' and will continue to spend on PCs, even at the expense of other consumer electronic devices," Mr Atwal said.

Gartner analysts said businesses will find it very difficult to delay PC replacements further. The age of the professional PC installed base is already at an alltime high.

"Businesses that delay replacing much longer risk alienating employees, burdening themselves with more service requests and support costs, and ultimately facing higher migration costs when they eventually migrate to Windows 7," Mr Atwal said. "The bottom line is that businesses need to refresh their PCs sooner rather than later. Thus, the full bloom of the longawaited professional PC refresh can't be more than a few quarters ahead."

Mini-notebooks' impact on the PC market has peaked and is now waning, according to Raphael Vasquez, research analyst at Gartner. Mininotebooks' share of mobile PC shipments declined for the second consecutive quarter in the second quarter of 2010, falling under 18 per cent. Mininotebooks' share of the mobile PC market peaked in late 2009, when they accounted for nearly 20 per cent of total mobile PC shipments. Their share is expected to continue falling until it reaches around 10 per cent by late 2014.

"We still think the mininotebook has a place in the mobile PC market, but not as a substitute for a standard mobile PC. Indeed, the recent decline in mininotebooks' share of the mobile PC market reflects a general realisation among buyers that mininotebooks are lessthanperfect substitutes for standard lowend laptops," Mr Vasquez said. "Buyers who once would have bought a mininotebook based solely on its low price now seem more inclined to buy a lowend standard notebook, especially since the prices of the two have converged. Mininotebooks are slowly but surely carving out a market niche for themselves as companion devices. However, the emergence of media tablets is a growing threat to that niche."

Gartner defines a tablet PC as having a touchscreen size of 5 inches or more, outfitted with a fullfunction operating system (OS), such as Windows 7, Windows Vista, Windows XP or Mac OS X. A media tablet is defined as a device that has a screen size of 5 inches or larger and is outfitted with a restrictedfunction OS, such as iPhone, Android and Chrome. Gartner includes tablet PCs in its PC market statistics and forecasts, but excludes media tablets from both. "Nonetheless, media tablets will affect the PC market, especially mininotebooks, and the forecast reflects this impact," said George Shiffler, research director at Gartner.

"The iPad hasn't had much of an impact on mininotebook units so far, if only because it is generally priced higher than most mininotebooks," Mr Shiffler said. "However, we anticipate lowerpriced iPad imitations will begin to take larger bites out of mininotebook units as they are released next year."

Gartner, Inc. (NYSE: IT) is the world's leading information technology research and advisory company. Gartner delivers the technologyrelated insight necessary for its clients to make the right decisions, every day. From CIOs and senior IT leaders in corporations and government agencies, to business leaders in hightech and telecom enterprises and professional services firms, to technology investors, Gartner is the valuable partner to 60,000 clients in 10,800 distinct organizations. Through the resources of Gartner Research, Gartner Executive Programs, Gartner Consulting and Gartner Events, Gartner works with every client to research, analyze and interpret the business of IT within the context of their individual role. Founded in 1979, Gartner is headquartered in Stamford, Connecticut, U.S.A., and has 4,300 associates, including 1,200 research analysts and consultants, and clients in 80 countries.