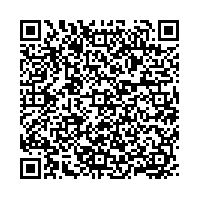 "In the first quarter of 2013, it was the fourth consecutive quarter that showed a drop in worldwide PC shipments," said Mikako Kitagawa, principal analyst at Gartner. "Consumers are migrating content consumption from PCs to other connected devices, such as tablets and smartphones. Even emerging markets, where PC penetration is low, are not expected to be a strong growth area for PC vendors.

"Unlike the consumer PC segment, the professional PC market, which accounts for about half of overall PC shipments, has seen growth, driven by continuing PC refreshes. Despite the fact that some regions already passed the peak of PC refresh, overall professional PC demand continued to grow."

HP and Lenovo were in a virtual tie for the top position in the first quarter of 2013 (see Table 1). HP had a very challenging quarter, as it recorded its worst shipment decline since the acquisition of Compaq in 2003. HP's consumer business negatively affected its overall shipment volume, but its professional business was also under attack by competitors.

Lenovo's worldwide PC shipments were flat compared with a year ago. While its shipment growth rate exceeded the overall industry average, it was Lenovo's slowest growth since the first quarter of 2009. The slowdown was attributed to a shipment decline in Asia/Pacific, where more than 50 per cent of Lenovo's PCs were shipped.

Dell also had a challenging quarter, registering a shipment decline in all regions except Japan. In Gartner's preliminary view, Dell's shipment growth in Japan was boosted by moderate demand, driven by a corporate refresh. Dell's discussions about a possible leveraged buyout impacted shipments, as competitors aggressively attacked Dell's position in the professional market.

"Although the overall economy had some upward momentum, it did not help buoy PC growth, suggesting the economic recovery is having little impact on PC market conditions," Ms Kitagawa said. "Similar to other mature markets, the US will see the installed base of consumer PCs decrease going forward. This is because many of these systems will not be replaced with PCs; they will be displaced by other devices, or simply retired."

"The EMEA PC market continued to face challenges in the first quarter of 2013. Notably, it suffered from a fundamental shift in the role of PCs in the consumer market," said Isabelle Durand, principal research analyst at Gartner. "Consumers' content consumption was - and still is - moving from PCs to other types of connected devices. Even in Central and Eastern Europe and the Middle East and Africa, where PC penetration is low, growth in PC shipments was down as first-time device buyers chose other devices."

Demand for Ultramobiles remained slow as prices were still relatively high. New models with more aggressive prices will reach the market only in the second half of 2013, with the introduction of Intel's "Haswell" processor.

"Touchscreen-based Ultramobiles offer PC manufacturers an opportunity to recover market share from media tablets, but Windows 8 PCs with touchscreens accounted for only a small percentage of consumer PC shipments in the first quarter of 2013," said Ms Durand. "The majority of consumers remain unwilling to pay the price premium for touchscreen capabilities on PCs at this stage. But, even so, touchscreens and Windows 8 will represent key opportunities for PC manufacturers in the second half of 2013."

HP retained the lead in the first quarter of 2013, but it faced challenges in both consumer and professional markets (see Table 2). Acer secured second place but recorded a steep shipment decline, with most of the drop resulting from the shift in its portfolio from netbooks to Android-based media tablets.

Lenovo was the only top-five vendor to achieve shipment growth. It claimed third place as its aggressive pricing strategy in consumer and professional markets paid off. Dell maintained its market share year-over-year, declining in line with the overall market. Asus's PC shipments fell as it ceased netbook shipments and uptake of its Ultramobiles remained slow.

In Asia/Pacific, PC shipments totalled 27.6 million units in the first quarter of 2013, a 10.3 per cent decline from the first quarter of 2012. This region also experienced its strongest decline since Gartner began tracking PC shipments. Asia/Pacific buyers remained cautious in spending amid a fragile economic environment. Both China and India experienced year-on-year shipment declines.

These results are preliminary. Final statistics will be available soon to clients of Gartner's PC Quarterly Statistics Worldwide by Region programme. This programme offers a comprehensive and timely picture of the worldwide PC market, allowing product planning, distribution, marketing and sales organisations to keep abreast of key issues and their future implications around the globe. Additional research can be found on Gartner's Computing Hardware section on Gartner's web site at http://www.gartner.com/....