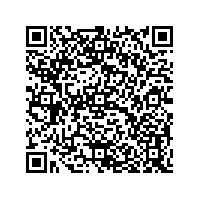 "The major growth inhibitor in the third quarter of 2010 was softness in consumer PC demand in the US and Western Europe. The third quarter historically is a strong consumer quarter, led by back-to-school sales," said Mikako Kitagawa, principal analyst at Gartner. "Consumer mobile PC demand, driven by low-priced notebooks, including mini-notebooks, slowed after very strong growth the past two years."

"Media tablet hype around devices such as the iPad has also affected consumer notebook growth by delaying some PC purchases, especially in the US consumer market. Media tablets don't replace primary PCs, but they affect PC purchases in many ways," Ms Kitagawa said. "At this stage, hype around media tablets has led consumers and the channels to take a 'wait and see' approach to buying a new device."

Acer experienced a shipment decline of 1.7 per cent in the third quarter. Dell showed solid growth across most regions. Overall, Dell benefited from the professional PC market refresh, but North America showed disappointing results. Lenovo showed the strongest growth among the top five vendors worldwide. The professional PC market helped boost Lenovo's growth in the US and Europe the Middle East and Africa (EMEA).

"The weak back-to-school sales were not because students held off on PC purchases, but because nonstudent buyers, who normally are lured by massive back-to-school promotions, stayed away from PC purchases," Ms Kitagawa said. "These buyers were influenced by media tablet introductions, as well as the still-gloomy economy, since these buyers do not have an immediate need to purchase a PC."

In the US market, HP was the No. 1 vendor in the third quarter of 2010 as its shipments increased 2 per cent (see Table 2). HP was impacted by consumer PC demand. Dell also had a challenging quarter. Apple had another strong quarter. Increasing traffic to Apple, associated with the iPad release (iPads are not included in Gartner's PC shipment statistics), as well as iMac and Mac Pro refreshes, contributed to the growth.

"The single-digit growth experienced in the third quarter signals a slow down in the EMEA PC market after a very strong first half of 2010. Undoubtedly consumers and businesses are delaying PC purchases as device choice broadens, and as they await attractive seasonal offerings in the fourth quarter of 2010," said Ranjit Atwal, research director at Gartner.

The emerging markets of Central Eastern Europe (CEE) and Middle East and Africa (MEA) saw better growth but not enough to offset the weakness of the PC market in Western Europe.

PC shipments into the channel significantly exceeded PC demand in the second quarter of 2010, resulting in significant inventory leading into the third quarter of 2010. Many leading PC vendors spent most of the third quarter clearing inventory, but were unable to use price reductions to stimulate demand, as their margins were constrained by increased component costs and the weaker euro in the first half of 2010.

The expected upturn in the professional market was slower than expected, as the weak economic climate further dampened spending, even on aging PC hardware. The ongoing spending reviews of most public institutions has further slowed PC spend in the third quarter of 2010, and Windows 7 deployment is now perceived to be moving into 2011.

While causing minimal cannibalisation of the PC market, media tablets have certainly caused delays of PC purchases among consumers in Western Europe. "At this stage, the hype around the iPad and other media tablets has led the consumers to consider the tablet at least as a complimentary device, if not a substitute. Looking forward, as consumers beyond the early adopters consider media tablets, competition for already constrained disposable consumer spending will rise. Further delay in PC purchases is increasing the risk of slower growth of mature consumer mobile PC markets in 2011," said Mr Atwal.

"For the first time both leading vendors Acer and HP failed to perform ahead of the market average in the third quarter of 2010," said Mr Atwal. "Acer not only performed below the market average but saw a decline as inventory clearance inhibited growth." "HP suffered more on the commercial environment as professional notebooks performance slowed against expectations."

The vendors outside the top five continued to outperform the market. Lenovo's very strong performance in the consumer market across all regions helped the vendor move into the top five for the first time, displacing Toshiba. Lenovo had the strongest growth rate among the top five vendors in EMEA in the third quarter of 2010, and saw its shipments grow 61.3 per cent year-on-year.

PC shipments in Japan surpassed 3.6 million units in the third quarter of 2010, a 14.1 per cent increase from the same period last year. Large deals in the enterprise and government sectors drove PC sales in the quarter. In the consumer market, replacement demand for primary PCs, both desktop and large-size mobile PCs, has continued to grow since the beginning of 2010.

These results are preliminary. Final statistics will be available soon to clients of Gartner's PC Quarterly Statistics Worldwide by Region program. This program offers a comprehensive and timely picture of the worldwide PC market, allowing product-planning, distribution, marketing and sales organizations to keep abreast of key issues and their future implications around the globe. Additional research can be found in the Computing Hardware section of Gartner's website at http://www.gartner.com/....

Gartner, Inc. (NYSE: IT) is the world's leading information technology research and advisory company. Gartner delivers the technology-related insight necessary for its clients to make the right decisions, every day. From CIOs and senior IT leaders in corporations and government agencies, to business leaders in high-tech and telecom enterprises and professional services firms, to technology investors, Gartner is the valuable partner to 60,000 clients in 10,800 distinct organizations. Through the resources of Gartner Research, Gartner Executive Programs, Gartner Consulting and Gartner Events, Gartner works with every client to research, analyze and interpret the business of IT within the context of their individual role. Founded in 1979, Gartner is headquartered in Stamford, Connecticut, U.S.A., and has 4,300 associates, including 1,200 research analysts and consultants, and clients in 80 countries. For more information, visit gartner.com.