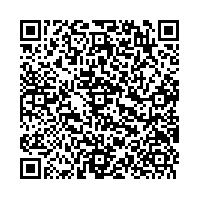 "While sales in emerging markets continued to be driven by strong net new subscribers' growth, mature markets felt the pressure of an uncertain economic environment," said Carolina Milanesi, research director for mobile devices at Gartner, based in Egham, UK. "Sales of high-end devices in particular were lower as consumers turned to mid-tier devices when looking to upgrade their old phones. Phone manufacturers should strengthen their mid-tier offerings in order to cater to those users that might be reticent to invest too much money in replacing their old phones when the economic environment remains challenging."

Nokia sold 115.2 million mobile phones in the first quarter of 2008, as its market share slipped slightly to 39.1 per cent (see Table 1). Nokia was able to maintain market leadership thanks to the richness of its portfolio, which appeals to users in both emerging and mature markets. Sales in the ultra-low-cost segment remained strong due to Nokia's distribution strategy, economies of scale and brand power. However, competition in this segment and at the high end is increasing. To stay ahead, Nokia will have to continue to integrate new technologies in its handsets and improve usability and design.

Samsung maintained its momentum in the first quarter of 2008 with sales reaching 42.4 million units. The South Korean vendor not only held on to its No. 2 position worldwide, but it also widened the gap from third-placed Motorola as its market share grew to 14.4 per cent. Samsung is reacting quickly to the focus on touch-screen devices. "Samsung's choice to be a quick follower has paid off so far, but it needs to focus on diversifying its designs and strengthening its lower-end portfolio to increase sales in emerging markets," said Ms Milanesi.

Motorola carried the problems it had in 2007 through to the first quarter of 2008 and sales fell to 29.9 million units. The US manufacturer continues to struggle in finding the successor to its popular Razr. Although it introduced new models, its portfolio is simply not competitive enough. Ms Milanesi said: "Motorola is unlikely to introduce many products in the second half of 2008, a time when most competitors will bring new additions to the market, so it stands little chance of winning back its No. 2 position. It may even have to watch out for a threat from current No. 4 player LG."

LG had an excellent start to 2008 with sales reaching 23.6 million units and a market share of 8 per cent. As a result, LG overtook Sony Ericsson to become the No. 4 vendor worldwide. With a strengthened portfolio, LG capitalised on the attention the market has given to touch-screen devices since the launch of the Apple iPhone. Although the LG Prada, Shine and KF600 models have proved popular, LG must remember that touch-screen phones do not appeal to everyone. The South Korean vendor needs to build a stronger smartphone portfolio, as consumers and operators have started to place more emphasis on this market segment.

Sony Ericsson was another vendor that had a difficult start to 2008. Its sales reached 22.1 million units, but this was not enough to hold on to the No. 4 spot. Sony Ericsson attributed these weak results to the difficult conditions in the Western European market, which experienced some softness in the high-end segment. With new products for the second half of 2008 and with a stronger mid-tier portfolio, Sony Ericsson is in a good position to win back its fourth place in the market share rankings.

Regional Analysis
In the first quarter of 2008, 114.4 million mobile devices were sold in Asia/Pacific. This represented a 26.6 per cent increase over the first quarter of 2007. India remained a high-growth market, and South Korea became a high growth market as well during the quarter, as consumers upgraded their handsets before the new extended contracts are put in place by operators in the second quarter of 2008. "Growth in Asia/Pacific was driven by a high number of new subscribers, lower-priced phones based on wideband code division multiple access (WCDMA) technology, as well as low-cost global system for mobile communications (GSM) phones and ultra-low-cost CDMA devices," said Anshul Gupta, principal research analyst for mobile terminals at Gartner, based in Mumbai, India.

Sales in the Eastern Europe, the Middle East and Africa region reached 56.4 million units, which represented a 25.8 per cent increase year-on-year. "Sales in the Baltics remained slow in response to the strong slowdown in new additions that began in 2007 as operators focused more about shifting users to contracts than not acquiring more prepay users," said Annette Zimmermann, senior research analyst for mobile devices at Gartner, based in Munich, Germany. Several countries experienced good growth in net new additions.

Sales of mobile handsets in the Latin America region increased by nearly 28.4 per cent compared with the first quarter of 2007, to reach nearly 32.5 million units in the first quarter of 2008. "There was some buildup of inventory in Latin America - specifically in Brazil - as operators prepared for Valentine's and Mother's Day promotions," said Tuong Nguyen, analyst for mobile terminals at Gartner, based in Arlington, Virginia.

In North America, sales to end users totalled 41.9 million units in the first quarter of 2008, a 2.4 per cent increase from the first quarter of 2007. "AT&T and Verizon Wireless had solid quarters, while Sprint Nextel continued to have problems," said Hughes De La Vergne, principal analyst for mobile terminals research at Gartner, based in Dallas, Texas. "New subscriber levels were low, implying that the weak economy may be having a negative effect on the wireless handset market. Approximately 90 per cent of sales came from the replacement market."

Sales of mobile phones in Western Europe totalled 35.9 million units in the first quarter of 2008, a decrease of 16.4 per cent from the first quarter of 2007. "Operators in this region have been driving sales of higher-end devices by offering higher subsidies but with longer contract periods, which is having a negative impact on replacement cycles," Ms Milanesi said. "Sales of high-end devices were also adversely affected by the economic slowdown that many countries are experiencing. Consumers pressured by a higher cost of living continued to replace their phones but chose devices from the mid-tier, which tends to be offered for free and with shorter and less expensive service contracts."

Ms Milanesi concluded: "We remain confident that 2008 will be a growth year for the mobile phone industry. Sales, driven in particular by emerging markets, will continue to rise in the range of 10-15 per cent. However, the value of the market will be lower than we stated in our forecast update published in December 2007. This is because the current economic slowdown and higher fuel costs will force consumers to defer phone purchases in mature markets, while higher food prices will lead to longer replacement cycles in emerging ones."