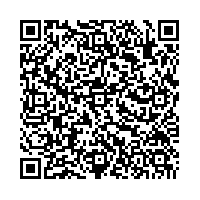 Inventory Destocking Continues with 13.9 Million Units Shed by the Channel

(PresseBox) ( Egham, UK, 09-08-12 )
Worldwide mobile phone sales totalled 286.1 million units in the second quarter of 2009, a 6.1 per cent decrease from the second quarter of 2008, according to Gartner, Inc. Smartphone sales surpassed 40 million units, a 27 per cent increase from the same period last year, representing the fastest-growing segment of the mobile-devices market (see Table 2).

"Despite the challenging market, some devices sold well as consumers who would usually have purchased standard midrange devices either cut back to less expensive handsets or moved up the range to get more features for their money," said Carolina Milanesi, research director at Gartner. "Touchscreen and qwerty devices remained a major driver for replacement sales and benefited manufacturers with strong, touch-focused midtier devices. However, the decline in average selling price (ASP) accelerated in the first half of the year and particularly affected manufacturers that focus on midtier and low-end devices, where margins are already slim."

The recession continued to suppress replacement sales in both mature and emerging markets. The distribution channel has dealt with lower demand and financial pressure by using up 13.9 million units of existing stock before ordering more. Gartner expects the gap between sell-in to the channel and sell-through to customers will reduce in the second half of 2009 as the channel starts to restock.

Nokia maintained its leadership position, but its portfolio remained heavily skewed toward low-end devices. Its flagship high-end N97 smartphone met little enthusiasm at its launch in the second quarter of 2009 and has sold just 500,000 units in the channel since it started to ship in June, compared to Apple's iPhone 3G S, which sold 1 million units in its first weekend. "The right high-end product and an increased focus on services and content are vital for Nokia if it wants to both revamp its brand and please investors with a more promising outlook in ASPs and margins," said Ms Milanesi.

Samsung and LG both had a very strong second quarter of 2009 with sales of 55 million units and 30.5 million units, respectively. Samsung's touchscreen devices, qwerty phones and smartphones drove sales in mature markets, and Gartner expects it will continue to gain market share in the second half of 2009 to close the gap with Nokia. Gartner expects LG to keep moving into lower-tier devices to drive growth in emerging markets and be well-positioned to take advantage of China's 3G rollout as it can deliver good-value-for-money devices. Motorola's sales of 15.9 million units were slightly better than expected, but its presence has rapidly concentrated on the Americas, and it has lost most of its share of the Western European market, where it sold fewer than 1 million units in the second quarter of 2009. Most operators and customers will be waiting for Motorola's new Android-based products planned for the fourth quarter of 2009.

Sony Ericsson's market share dropped 2.8 percentage points year-on-year in the second quarter of 2009 but its volume dropped 41 per cent. Although the market environment was challenging, Gartner attributes Sony Ericsson's poor performance to its uncompetitive range of handsets. "Sony Ericsson has neglected to exploit key trends such as qwerty products for messaging and e-mail, internet browsing and navigation. If it wants to build the presence of its three new products announced this quarter in the channel and capture Christmas sales, the products need to come to market early in the fourth quarter of 2009," Ms Milanesi added.

"Smartphone sales were strong during the second quarter of 2009, with sales of 40.9 million units in line with Gartner's forecast of 27 per cent year-on-year sales growth for 2009," said Ms Milanesi. "Given the higher margins, smartphones offer the biggest opportunity for manufacturers. It is the fastest-growing market segment and the most resistant to declining ASPs."

Apple's expansion into a larger number of countries in the past year has produced a clear effect on sales volumes, as have the recent price adjustments on the 8GB 3G iPhone. Sales of 5.4 million units in the second quarter of 2009 indicated a 51 per cent growth in shipments and helped Apple maintain the No. 3 position in the smartphone market, where it has stayed since the third quarter of 2008. Apple brought its much-anticipated new device - the iPhone 3G S - to market at the end of the second quarter of 2009, but its full potential will only start to show in the sales figures in the second half of 2009.

At the high end of the smartphone market, HTC remained in the No. 4 position behind Apple, where it has been since the third quarter of 2008. It reported lower expectations for the second half of 2009 due to product delays and now expects 2009 revenue to decline by low- to mid-single digits year-on-year, far below its previous outlook of 10 per cent annual growth.

In the smartphone operating system (OS) market, Symbian held 51 per cent share, down from 57 per cent a year ago, while RIM and Apple grew their shares year-on-year. Android's share was just under 2 per cent of the market and more Android-based devices will come to market in the fourth quarter of 2009, intensifying competition in the smartphone OS market, particularly for Symbian and Windows Mobile.

Microsoft's share continued to drop year-on-year to account for 9 per cent of the market in the second quarter of 2009.

"Microsoft licensees HTC and Samsung continued to add features to their own interfaces, on top of Windows Mobile, to create more competitive products and make up for the usability constraints of the Microsoft platform," said Roberta Cozza, principal analyst at Gartner.

This quarter also saw the debut of the long-awaited Palm Pre based on the new web operating system. "This device attracted a lot of media attention but showed mixed results at the cash register as sales only reached 205,000 units," said Ms Cozza. "Palm currently ranks tenth in the smartphone market and Gartner remains concerned about its ability to gain traction outside the US market, where its brand is less strong."

"For the remainder of 2009, manufacturers must offer products with the features that consumers and operators are demanding most strongly - like touchscreens, focus on user interfaces and application/content ecosystems - and work hard to keep operators loyal," concluded Ms Milanesi. "We expect competition to intensify in the second half of 2009. Mobile operators are likely to drive competition among manufacturers as they start selling e-book readers and mini-notebooks from other manufacturers to foster mobile broadband subscriptions. Operators are also starting to subsidise e-book readers and mini notebooks on contract and this means that there will be less subsidy available to drive sales of mobile phones and smartphones. In turn, operators will demand lower prices from phone manufacturers, which will be under even more pressure to deliver strong feature sets at the lowest possible price."

Additional information is in the Gartner report "Competitive Landscape: Mobile Devices, Worldwide, 2Q09." The report is available on Gartner's website at http://www.gartner.com/....