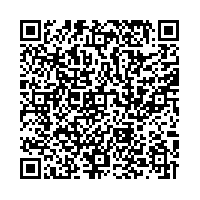 Subscribe to news
(PresseBox) ( Egham, UK, 10-08-12 )
.
- HTC Made Its Debut Among the Top 10 Mobile Device Manufacturers
- Android Became the World's Third Most Popular Smartphone Operating System and Claimed Top Spot in the US

"Although the mobile communication devices market showed double-digit growth this quarter, average selling prices (ASPs) were lower than expected and margins fell," said Carolina Milanesi, research vice president at Gartner. "We attribute the decline in ASPs to a stronger dollar, a depreciating euro, and intense competition that drove price adjustments and changes to the product mix." Manufacturers such as LG and Samsung pursued market share in a low-margin market but this approach proved risky, as shown by LG's decline of 27.8 per cent in ASP in the second quarter of 2010.

While new product introductions from Apple, HTC and Motorola, along with the drop in ASPs, drove strong sales of smartphones, shortages of components, such as active matrix organic LED (AMOLED) displays impaired sales volumes of some of the more popular new smartphones.

The second quarter also saw some movement in the top 10 mobile device manufacturer rankings (see Table 1). HTC made its debut in the top 10 worldwide ranking, holding the No. 8 position with 139.1 per cent growth year-on-year. This reflects the popularity of its Android portfolio but also a more aggressive branding strategy compared to the same period in 2009. "Crucially, as we predicted, the sudden growth in media tablets, such as the Apple iPad, did not appear to hold back smartphone sales. We believe that most tablet users still feel the need for a truly pocketable, yet highly capable, device for those situations when it's inconvenient to carry a device with a larger form factor," said Ms Milanesi.

In the second quarter of 2010, Nokia's mobile device sales to end users reached 111.5 million units and a share of 34.2 per cent. Nokia's economies of sales and excellent distribution enabled it to hold onto the top spot in the mobile device market. But good quality, well-priced products were not enough to maintain Nokia's leadership in the high-end sector. This caused Nokia to lose 2.6 percentage points year-on-year. Nokia's senior executives need to do more to attract developers and other ecosystem members by revising its platform strategy and improving its communications.

Samsung sold 65.3 million devices in the second quarter of 2010 that translated into a 20.1 per cent market share. Although Samsung's sales were strong in developing markets, its shift in product mix caused an overall decline in ASP. Samsung maintained its position in the midtier by launching several new devices, including messaging handsets. This more aggressive strategy toward the mass market enabled it to reduce inventory in the second quarter of 2010. Samsung will also be one of the first manufacturers to bring Windows Phone 7 devices to market, in time for the fourth quarter of 2010, showing that this manufacturer continues to keep its platform options open, even as it works on its own bada platform.

Research In Motion (RIM)'s mobile device sales to end users reached 11.2 million units in the second quarter of 2010, confirming RIM's position as the fourth largest brand with a share of 3.4 per cent this quarter. New devices running BlackBerry OS 6.0 - such as RIM's first touchscreen qwerty slider, the Torch - will be available from the third quarter of 2010. We believe the Torch's form factor will still appeal more to business users than to consumers and will stop many loyal BlackBerry users defecting to other platforms, but it won't attract many new users to the brand.

Apple's mobile device sales reached 8.7 million units or a 2.7 per cent share of the overall mobile device market, but a 14.2 per cent of the smartphone market. Apple maintained its No. 7 position in the worldwide mobile device market and held the No. 3 position in the worldwide smartphone market. Apple's sales would have been higher if it had not had to face tight inventory management in preparation for the arrival of the iPhone 4 at the end of the second quarter of 2010. Apple also suffered from some supply constraint on the new device. We expect that a wider global rollout of iPhone 4 will sustain Apple's sales momentum throughout the second half of 2010.

In the smartphone operating system (OS) market, Android expanded rapidly in the second quarter of 2010, overtaking Apple's iPhone OS to become the third-most-popular OS in the world (see Table 2). In the US, it also overtook RIM's OS to become the No. 1 smartphone OS in this region. "A non-exclusive strategy that produces products selling across many communication service providers (CSPs), and the backing of so many device manufacturers, which are bringing more attractive devices to market at several different price points, were among the factors that yielded its growth this quarter," said Ms Milanesi.

"Launches of updated operating systems will help maintain strong growth in smartphones in the second half of 2010 and spur innovation," said Ms Milanesi. "But we believe market share in the OS space will consolidate around a few key OS providers that have the most support from CSPs and developers, and strong brand awareness with consumers and enterprise customers."

Additional information may be found in the Gartner report "Competitive Landscape: Mobile Devices, Worldwide, 2Q10," which is available on Gartner's website at www.gartner.com.