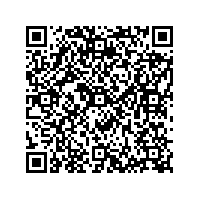 Gartner analysts said the impact of media tablets on other devices will vary among segments.

"The all-in-one nature of media tablets will result in the cannibalisation of other consumer electronics devices such as e-readers, gaming devices and media players," said Carolina Milanesi, research vice president at Gartner. "Mini notebooks will suffer from the strongest cannibalisation threat as media tablet average selling prices (ASPs) drop below $300 over the next two years."

Low-end consumer notebooks will only marginally suffer from cannibalisation. Gartner analysts expect very limited cannibalisation on communication devices based on open OS (smartphones). The majority of the impact will be from 7-inch media tablets on high-end smartphones as it will be hard for a user to justify owning both when the differentiation in usage model is very limited. Users buying a 7-inch tablet might opt for a lower priced smartphone with a smaller form factor.

Media tablets are slate devices that support touch and run a lightweight OS such as iOS, Android, WebOS or Meego. Examples of media tablets are the Apple iPad, Samsung Galaxy Tab and the Cisco Cius.

In the enterprise space, for the immediate future, the main use of media tablets is as a notebook companion or as a secondary device to take on the road or use for fast access to e-mail, calendaring, interrogating web applications and information sources, and showing PowerPoint presentations.

The majority of knowledge workers cannot use media tablets to replace their notebooks. Since these workers usually also have smartphones, media tablets become their third device. Most organisations will not buy that third device. Because of the convenience factor for travel and an "instant on" for quick look-up functions, many users are paying for the media tablets with their own money to use both for work and pleasure.

As media tablets move from early adopters to mainstream, media tablets will become a family purchase as well as a personal one. The touch user interface, the applications available on the different operating systems and the simpler set up compared to a full-fledged computer make media tablets ideal for a range of consumers: from power users to techno-phobics. As costs decrease, media tablets will be added to the list of the devices lying around the house that are shared by the family.

"Communication service providers (CSPs) who have so far subsidised mini-notebooks to drive mobile broadband uptake will shift their marketing spend to media tablets. Such subsidies will help drive adoption among those consumers who see the initial hardware cost as a hurdle," Ms Milanesi said. "For the rest, the freedom of paying for cellular only if and when needed, and not having to add another contract to the one a user might already have on his or her phone, is a great advantage and has so far proved successful for Apple."

A detailed statistical outlook for media tablets is available in the Gartner report "Forecast: Connected Mobile Consumer Electronics, Worldwide, 2008-2014." The report is available on Gartner's web site at http://www.gartner.com/....