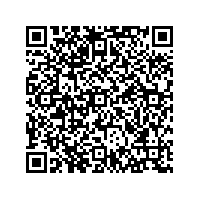 Gartner Says Worldwide IT Spending to Grow 5.3 Per Cent in 2010

"Following strong fourth quarter sales, an unseasonably robust hardware supply chain in the first quarter of 2010, combined with continued improvement in the global economy, sets up 2010 for solid IT spending growth," said Richard Gordon, research vice president at Gartner. "However, it's important to note that nearly 4 percentage points of this growth will be the result of a projected decline in the value of the dollar relative to last year. IT spending in exchange-rate-adjusted dollars will still grow 1.6 per cent this year, after declining 1.4 per cent in 2009."

"Computing hardware suffered the steepest spending decline of the four major IT spending category segments in 2009. However, it is now forecast to enjoy the joint strongest rebound in 2010," said George Shiffler, research director at Gartner. "Consumer PC spending will contribute nearly 4 percentage points of hardware spending growth in 2010, powered by strong consumer spending on mobile PCs. Additionally, professional PC spending will contribute just over 1 percentage point of spending growth in 2010 as organizations begin their migration to Windows 7 toward the end of the year."

Worldwide software spending is expected to total $232 billion in 2010, a 5.1 per cent increase from last year. Gartner analysts said the impact of the recession on the software industry was tempered and not as dramatic as other IT markets. In 2010, the majority of enterprise software markets will see positive growth.

The infrastructure market, which includes all the software to build, run and manage an organisation, is the largest segment in terms of revenue and the fastest-growing through the 2014. The hottest software segments through 2014 include virtualisation, security, data integration/data quality and business intelligence. The applications market, which includes personal productivity and packaged enterprise applications, has some of the fastest-growth segments. Web conferencing, team collaboration and enterprise content management are forecast to have double-digit compound annual growth rates (CAGR), in the face of growing competition surrounding social networking and content.

"Cost optimisation, and the shifts in spending form mega suites to the automation of processes will continue to benefit alternative software acquisition models as organisations will look for ways to shift spending from capital expenditures to operating expenditures," said Joanne Correia, managing vice president at Gartner. "Because of this, vendors offering software as a service (SaaS), IT asset management, virtualisation capabilities and that have a good open-source strategy will continue to benefit. We also see mobile-device support or applications, as well as cloud services driving new opportunities."

The worldwide IT services industry is forecast to have spending reach $821 billion in 2010, up 5.7 per cent from 2009. The industry experienced some growth in reported outsourcing revenue at the close of 2009, an encouraging sign for service providers, which Gartner analysts believe will spread to consulting and system integration in 2010.

"We continue to see a long-term recession 'hangover' as a more-cautious mind-set continues as the norm among a lot of buyers who keep looking for small, safe deals where cost take-out is a key factor, said Kathryn Hale, research vice president at Gartner." In the face of that ongoing strong pressure to renegotiate contracts, and in the absence of equivalent pressure from stockholders, we believe vendors will generally choose to maintain margins over revenue growth."

Worldwide telecom spending is on pace to total close to $2 trillion in 2010, a 5.1 per cent increase from 2009. Between 2010 and 2014, the mobile device share of the telecom market is expected to increase from 11 per cent to 14 per cent, while the service share drops from 80 per cent to 77 per cent and the infrastructure share remains stable at 9 per cent of the total market.

Worldwide enterprise network services spending is forecast to grow 2 per cent in revenue in 2010, but Gartner analysts said this masks ongoing declines in Europe and many other mature markets as well as an essentially flat North American market.

"Longer term, the global enterprise network services market is expected to grow modestly, largely on the back of growth in Internet services, such as hosting," said Peter Kjeldsen, research director at Gartner. "Ethernet services will also grow significantly, albeit at the expense of both legacy services and multiprotocol label switching (MPLS)."

Gartner presented its State of the IT Industry Update during the recent Gartner webinar "IT Spending Forecast, 1Q10 Update: Signs of Improvement." Please visit www.gartner.com/webinars for a schedule of upcoming Gartner webinars, including replays of previous webinars.

Recommend Gartner Says Worldwide IT Spending to Grow 5.3 Per Cent in 2010 press release