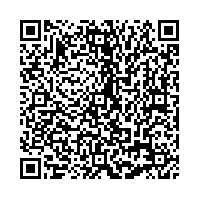 Subscribe to news
(PresseBox) ( Stamford, 09-09-03 )
Worldwide external controller-based (ECB) disk storage revenue totalled nearly $3.8 billion in the second quarter of 2009, a 15.7 per cent decline from the same period in 2008, according to Gartner, Inc.

"The year-on-year double-digit decline of 15.7 per cent primarily resulted from the economic downturn and longer sales cycles," said Donna Taylor, principal research analyst for Gartner's global Storage Quarterly Statistics programme. "A bright spot in the disk array market has been in Network Attached Storage (NAS), which experienced a 3.5 per cent year-on-year growth rate in the second quarter of 2009."

EMC maintained its No.1 position with 23.7 per cent revenue market share (see Table 1). IBM placed second with 15.7 per cent, and Hewlett-Packard came in third with 10.3 per cent of the market. Dell placed fourth with 9.2 per cent, followed by Hitachi/HDS with 8.7 per cent. NetApp and Sun Microsystems placed sixth and seventh, respectively, with 8.5 per cent and 4.5 per cent market share.

* Please note that at the beginning of the fourth quarter of 2008, Gartner added new vendor coverage in the Others category, as well as enhanced "white box" estimates. Therefore, revenue estimates for the Others category will tend to distort market shares among all categories until FY09, when an apples-to-apples comparison will be possible. As a result, Gartner suggests that readers focus instead on the individual "named" vendors' year-on-year revenue % change.