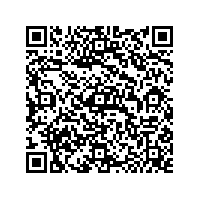 "The Western European PC market saw a diverging trend," said Ranjit Atwal, principal analyst at Gartner, based in the UK. On one side, the market saw a 21 per cent decline in the professional market and on the other it recorded a 21 per cent growth in the consumer market. The strength of the mini-notebook market, which now constitutes more than a quarter of all consumer shipments, gave the market some momentum. "You have to view the market with and without mini-notebooks to understand the true picture," he added. "Without mini-notebooks, the market would have declined more than 15 per cent, but given the new routes to market and price points of these PCs, they have managed to prevent a more severe decline."

All three major markets the UK, France and Germany saw negative growth and the decline is set to continue for the rest of 2009. Although the UK was the weakest, France and Germany were on the same trajectory with demand in professional and consumer markets expected to weaken.

In the second quarter of 2009, Acer achieved growth through the increase in shipments of mini-notebooks, selling nearly 50 per cent of all mini-notebooks shipped. On the other hand, Dell suffered as sales collapsed in the professional market.

UK: PC Market Continued to Decline and Hewlett-Packard Dropped Out of Top Two

The PC market in the UK had another weak quarter as PC shipments totalled 2.6 million units in the second quarter of 2009, a decline of 6.5 per cent decline compared with the same period in 2008 (see Table 2).

"The difference this quarter was that both the professional and consumer markets were weak in the second quarter of 2009," said Mr Atwal. The professional market declined more than 25 per cent year-on-year and the consumer market was flat despite the influx of mini-notebooks into the market. "This quarter was highlighted by the level of decline across both deskbased and mobile PC platforms, with a quarter of the market disappearing," he added.

In previous quarters, the vendors were relying on the consumer market for some upside but the second quarter failed to provide many opportunities. Any increase in mini-notebook shipments were offset by a decline in mainstream notebooks. In the consumer market, mini-notebooks accounted for just under one-third of the total UK PC market. "The emerging Telco retail channel is absorbing some of the increase as they get creative with the packaging of multiple devices to consumers," said Mr Atwal.

HP suffered the most falling out of the top two vendors in the UK. Acer gained the No. 2 position and Dell maintained the No. 1 spot. HP saw disappointing performances in both the professional and consumer markets, as focus on internal changes enabled its competitors to take advantage.

Mr Atwal concluded: "There is much discussion on where the market is headed and at the moment there is only one direction and that is down. Even with the onset of "back to school promotions", new products and Windows 7 to become available in the fourth quarter, the market will not recover until 2010."

"The PC market in France did not decline as much as anticipated. The decline was essentially due to the continued slowdown in spending by businesses and the extension of desktop PC life cycles," said Isabelle Durand, principal analyst at Gartner, based in France.

In the second quarter of 2009, the professional market continued to be weak with a 20 per cent decline, while the consumer market showed double-digit growth of 17 per cent year-on-year.

The mobile consumer PC market grew 35 per cent mainly as a result of increased shipment of mini-notebooks in the second quarter of 2009. Gartner estimates that 324,000 mini-notebooks were shipped in France representing nearly 23 per cent of total mobile PCs. "Without mini-notebooks, the mobile and total PC markets would have decreased 1 and 10 per cent year-on-year respectively," said Ms Durand.

Acer maintained its leadership and increased its share by 4.7 percentage points in the second quarter of 2009. It continued to achieve strong results in the mobile PC market, with 33 per cent increase year-on-year. Acer's growth was mainly driven by its consistent strong performance in mini-notebooks, where the company retained the No. 1 position.

HP managed to hold the No. 2 position thanks to its good performance in the consumer mobile PCs segment. ASUS struggled this quarter as it faced strong competition in the mini-notebook market from Acer and Samsung. In the second quarter of 2008, ASUS was the only vendor to ship mini-notebooks and today all PC vendors have entered this segment.

"We expect to see back-to-school promotions on mobile PCs, and we could see the PC market in France return to growth in the third quarter of 2009," concluded Ms Durand.

PC shipments in Germany totalled 2.3 million units in the second quarter of 2009, a decline of 2.7 per cent compared with the same period in 2008 (see Table 4).

"Although the German PC market recorded a single-digit decline in the second quarter of 2009, vendor revenues declined 25 per cent year-on-year, with local and mid-tier manufacturers hit the hardest," said Meike Escherich, principal analyst at Gartner, based in the UK.

In the second quarter of 2009, the PC market in Germany saw a 7 per cent growth in mobile PC sales, which accounted for 57 per cent of total PC shipments. Shipments in the professional segment declined 18.5 per cent and largely drove the 15 per cent year-on-year decrease in desktop shipments. "Business demand for PCs declined sharply with general investments and exports decreasing. On the other hand, the consumer demand grew 17 per cent which will slightly cushion the downwards trend," Ms Escherich added.

The double-digit growth in the consumer sector, and especially the strong performance in the mini-notebook segment, was reflected in the PC vendor performances. "While HP grew 10 per cent in the second quarter of 2009, Acer retained the No. 1 position and recorded a 39 per cent increase that included the shipments of 128,000 mini-notebooks," said Ms Escherich. Acer, Samsung and ASUS accounted for 80 per cent of all mini-notebooks shipped into Germany, which represented 289,000 units. "Dell which is still over-exposed to the corporate sector, lost further share, as did Fujitsu Technology Services which is still immersed in its ongoing internal reorganisation," she added.

Ms Escherich concluded: "The consumer segment was held up by strong growth in mini-notebook shipments. We foresee that PC demand overall will decline further, as the impact of the mini-notebooks on annual growth will significantly decline from next quarter onwards."