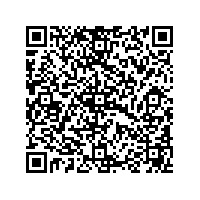 "Western Europe showed continued growth in the second quarter, recovering quickly from the slowdown seen in the first half of 2009," said Ranjit Atwal, research director at Gartner. "The PC market has so far defied the general economic downturn, but the real test will be in the second half of 2010, since we saw a stronger second half in 2009."

The consumer market continued to perform significantly above the professional segment, driven by consumer notebooks and expanding sales of allinone desktop PCs. Demand for mininotebooks slowed down, especially in Western Europe. For the first time, mininotebook growth reached less than 10 per cent, below the growth rate of standard mobile PCs. However, the mininotebook market has established a strong position in the market and represented 19 per cent of all mobile PC sales in Western Europe.

"Despite the increased economic concerns, the Western European PC market is the most competitive we have seen for many years," said Mr Atwal. "It is now a market influenced by the top 10, and not just by the top five vendors."

"The UK market remained the weakest of the larger PC markets in Western Europe with growth almost half that of France. Given the UK market was also the weakest in the downturn, its recovery had been much more muted," said Mr Atwal.

"There is no doubt that the introduction of the austerity measures in the UK has hindered any anticipated improvement in the underlying demand for PCs," said Mr Atwal. "We don't expect this to change for the rest of 2010. As businesses and consumers come to terms with the potential impact of the government measures, caution is certainly the keyword across all IT markets and the PC market is currently no different."

Dell felt the full impact of the UK's market weakness, shrinking more than 20 per cent yearonyear. Dell was affected on the professional side and was unable to capture retail shelf space, as the PC channel squeezed overall volumes in reaction to a weaker market. Acer and HP's respective performance was more than twice the average market growth as they dominated the consumer market with a combined share of almost 45 per cent. "In many ways, the remaining vendors only have half the consumer market to target, and in a weak market that is a tough proposition," added Mr Atwal.

France: Ranked No. 2 in EMEA for the First Time

"Despite growing concern about unfavourable exchange rates, the PC market in France performed above expectations, but we need to recognise that this was growth from a low base last year. This quarter's strong performance helped France become the No. 2 market in EMEA in terms of PC shipments, where it previously held the No. 3 position," said Isabelle Durand, principal analyst at Gartner.

In the second quarter of 2010, the mobile PC market accounted for 67 per cent of total PC shipments in France, with volumes increasing 37 per cent. Deskbased PCs recovered with growth of 15 per cent yearonyear. "The growth in desktop PCs can be mainly attributed to high demand for allinone desktop models from Apple and HP. Allinone PC represented 10 per cent of all deskbased shipments in the second quarter of 2010," added Ms Durand.

The consumer PC market continued to exhibit strong growth, with an increase of 39 per cent yearonyear. The professional PC market was driven by spending on replacement PCs and Windows 7 migrations, and achieved 15 per cent growth in the second quarter of 2010. The consumer PC market continued to be driven by mainstream notebooks but also saw a resurgence in demand for consumer desktops, which grew by 26 per cent in the second quarter of 2010. Mininotebooks retained a 25 per cent share of all mobile PCs shipped in France.

In the second quarter of 2010, HP regained the No. 1 position from Acer, while Acer grew less than the market average. ASUS was the fastestgrowing PC vendor of the top five in France, and as a result moved up to third place. ASUS continued to use mininotebooks as a vehicle for growth, and sales of mininotebooks represented 35 per cent of its PC shipments. "Dell's strategy for improving business demand and enhancing its presence in the retail market was not sufficient to retain the No. 3 position in France," said Ms Durand.

Gartner analysts expect PC demand will continue to increase during the second half of 2010. "Nevertheless, shipment growth is likely to be lower than in the second quarter of 2010 as vendors have already postponed some orders to reduce costs, and high inventory levels could impact the market," said Ms Durand.

"Although the growth is based on a weak second quarter in 2009, compared to the second quarter of 2008 we are looking at an increase of 18 per cent, which definitely points to a return to normal demand patterns," said Meike Escherich, principal research analyst at Gartner.

Mobile PC shipments in Germany increased 30 per cent in the second quarter of 2010. Mainstream notebooks grew 35 per cent yearonyear, while desktop PCs increased 11 per cent. Most of the growth in the desktop PC market was generated by strong demand for mini-PCs and the new allinone category. Mininotebooks declined 7 per cent, losing out to slightly larger, but still inexpensive, ultraportables from vendors like ASUS and Acer.

Both the consumer and professional segments grew in doubledigits in the second quarter. The government sector showed the slowest uptake, at 3 per cent growth yearonyear. "This is in line with the austerity measures undertaken due to debt issues across Europe, which saw the German government freeze IT projects and cut IT spending," said Ms Escherich.

In the second quarter of 2010, Acer maintained its No. 1 position thanks to a strong performance in the consumer notebook market. HP struggled with product refreshment and overly aggressive pricing in the retail segment, and its volumes grew by less than the market average. Dell and ASUS shared third place. ASUS continued to perform well in the mininotebook market, with sales of these products accounting for 36 per cent of its total PC shipments. Dell grew its volumes for both notebooks and desktop PCs by more than 20 per cent in the second quarter of 2010. Lenovo secured fifth place, ahead of Medion.

"PC prices have declined by 15 to 20 per cent yearonyear for the last two years, but the second quarter of 2010 showed that such steep declines are no longer sustainable, due to an increase in billofmaterials costs for PCs (screens, memory, etc.) and the appreciation of the dollar against the euro. The growth in demand from the professional segment during the quarter caused prices to go up, and we should expect PC prices to stabilise further," said Ms Escherich.

Gartner, Inc. (NYSE: IT) is the world's leading information technology research and advisory company. Gartner delivers the technologyrelated insight necessary for its clients to make the right decisions, every day. From CIOs and senior IT leaders in corporations and government agencies, to business leaders in hightech and telecom enterprises and professional services firms, to technology investors, Gartner is the valuable partner to 60,000 clients in 10,800 distinct organizations. Through the resources of Gartner Research, Gartner Executive Programs, Gartner Consulting and Gartner Events, Gartner works with every client to research, analyze and interpret the business of IT within the context of their individual role. Founded in 1979, Gartner is headquartered in Stamford, Connecticut, U.S.A., and has 4,300 associates, including 1,200 research analysts and consultants, and clients in 80 countries. For more information, visit gartner.com.