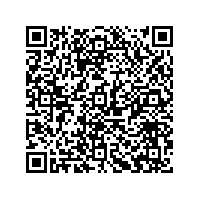 (PresseBox) ( Egham, 09-02-26 )
The business goals and challenges of customer relationship management (CRM) programmes will remain the same today as they were 10 years ago, and they will continue to predominate during the next 10 years, according to Gartner, Inc.

"CRM remains a major focus for business executives, because the goals of acquiring, developing and retaining customers in a profitable manner are timeless," said Ed Thompson, vice president and distinguished analyst at Gartner. "This trend is also confirmed by Gartner's annual Executive Programs (EXP) survey of more than 1,500 CIOs worldwide that showed that CRM remained a top priority for CIOs in Europe who ranked CRM their No. 5 business priority in 2009."

Gartner analysts will examine the lessons of the past and look to the future at the Gartner Customer Relationship Management Summit 2009, being held 3-4 March in London.

In 2000, while the majority of organisations viewed CRM as unlikely to deliver business benefits, in 2009 the majority expect CRM projects to succeed. "A decade's experience means that CRM projects have become less risky and more predictable but on-time and on-budget projects remain constant at approximately 70 per cent, even with all the experience that has been built up in project management," Mr Thompson added.

CRM application pricing has changed dramatically during the past 10 years, with organisations commonly paying $1,000 to $1,500 per licensed user in 2009 compared with over $3,000 at its peak in 2000. The most common pricing model is still per user, but process-based pricing, fuelled by service-oriented architecture (SOA) and software as a service (SaaS) will become commonplace by 2020, up from less than 1 per cent of the time in 2009.

In terms of architecture, CRM applications have fully transitioned from client-server but there is a notable lag between availability and adoption. "Fewer than 10 per cent of organisations are currently running the latest version of their CRM suite providers' technology. This will change to 50 per cent of organisations running on the latest versions by 2020 as SaaS applications force users onto the latest releases," Mr Thompson added.

Since 2000 the biggest change to technology-enabled CRM projects came with offshore external service providers. The shift to using offshore external resources for deploying CRM applications has reduced implementation costs, in most cases. More than 80 per cent of CRM application implementations in the US and UK involve some form of offshore resource. Yet, in countries such as France, Germany and Japan, this figure is less than 5 per cent. During the next decade, the use of offshore resources for these types of CRM projects will steadily rise as international competitive pressure increases, and the suppliers become more available.

The worldwide CRM application software market grew at a rate of nearly 90 per cent in 2000 then collapsed in 2001 bottoming out in late 2003. Since 2004, the market has grown steadily, at 11 per cent to 23 per cent per year. It is set for 10 per cent growth from 2007 to 2012, despite the recession in 2009 and knock-on in 2010. Gartner estimates that total revenue for CRM application software market in 2008 amounted to nearly $9 billion worldwide and will reach $10 billion in 2009, a 7 per cent per cent year-on-year increase. This includes licenses, maintenance and subscription revenues.

While the vendor landscape has changed dramatically, it is likely to change beyond recognition with the number of vendors leaving the market outpacing the number of new entrants. The five largest CRM application vendors are estimated to represent almost 60 per cent of the market in 2008. Gartner estimates that three or four large vendors will remain with an aggregate of more than 50 per cent market share in 2020.

"Instead of trying to build everything, these large vendors will provide a set of core CRM services and processes, and will act as platforms for software and service partners that are willing to build the requirements needed by smaller industries and specific functional niches of the market. We recommend organisations to reduce the number of CRM applications by 10 per cent per year through 2020," said Mr Thompson.

Mr Thompson concluded: "Over the next decade, organisations are going to experience a shift in CRM applications, with the rise of social CRM. The ratio of operational CRM, analytical CRM and social CRM in packaged applications will shift from 90:9:1 in 2009 to 70:20:10 by the year 2020."

Additional information is available in the Gartner report "Looking at CRM in 2000 Foretells Its Future in 2020". The report is available on Gartner's website at http://www.gartner.com/...

Gartner analysts will look into the future of CRM during the Gartner Customer Relationship Management Summit 2009, 3-4 March, at the Royal Lancaster hotel in London. More information is available on Gartner's website at www.europe.gartner.com/crm.