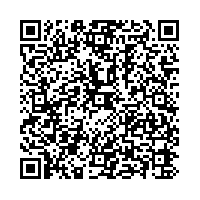 "The first quarter of 2013 brought the worst quarterly decline in Western Europe since Gartner started tracking PC shipments in this region," said Meike Escherich, principal research analyst at Gartner. "Wide availability of Windows 8-based PCs could not boost consumer PC purchases during the quarter. Although the new Metro-style user interface suits new form factors, users wonder about its suitability for traditional PCs — non-touchscreen desktops and notebooks."

All PC segments in Western Europe exhibited year-on-year declines in the first quarter of 2013. Mobile and desktop PC shipments fell by 24.6 per cent and 13.8 per cent, respectively. Shipments to the professional PC market declined by 17.2 per cent, while those to the consumer PC market decreased by 23.7 per cent.

HP and Acer both recorded declines of over 30 per cent. However, despite seeing its consumer notebook volumes halve during this quarter, HP remained the market leader.

Lenovo and Apple were the only top-five vendors to record growth. Lenovo was again the fastest-growing vendor, with growth in both desktop and notebook PC shipments. This enabled it to close the gap with Acer, which held on to second place. Lenovo continued to expand in the consumer PC sector by winning share from both Acer and HP, and by being aggressive in the professional PC market, where it competed closely with HP and Dell.

"The battle for consumer wallet share continues between different devices," said Ms Escherich. "The PC is the first to fall by the wayside as usage patterns shift toward smartphones and tablets. This ongoing trend will have a profound impact on the size of the installed base of PCs," said Ms Escherich.

"Many consumers no longer require a PC as usage of smartphones and tablets takes over," said Ranjit Atwal, research director at Gartner.

Mobile PC shipments declined by 22.0 per cent in the first quarter of 2013, while desktop PC volumes decreased by 5.2 per cent.

HP retained the No. 1 position, despite losing nearly 25 per cent of its PC volume in a single year. Acer exhibited the worst performance of the first quarter, with a decline of 26.6 per cent. Only Lenovo achieved growth. It performed strongly in the professional PC sector, but like other vendors, declined in the consumer PC sector.

PC shipments in France totalled just over 2 million units in the first quarter of 2013, a fall of over 25 per cent from the corresponding period of 2012 (see Table 3).

This was the third consecutive quarterly decline in France's PC market. It was also the weakest performance of the three major Western European countries.

"The shift to buying devices other than PCs persisted in France, and businesses continued to extend life cycle of traditional PCs," said Isabelle Durand, principal analyst at Gartner.

Shipments of Ultrabooks remained slow as prices were still relatively high. New models with more attractive prices will reach the market only in the second half of 2013. The ultraportable segment represented 14 per cent of the mobile PCs shipped in France in the first quarter 2013.

"Some organisations do not adopt new operating systems - in this case Windows 8 - immediately, as it takes time for their IT departments to test them before deployment. As a result, some organisations continued to refresh their PCs with models running Windows 7.

Four of the top five vendors recorded double-digit declines in shipments. The exception was Lenovo, which grew slightly owing to a strong retail presence that helped it gain share in the consumer sector. HP remained in the lead, but had a challenging quarter in both the professional segment and the consumer segment. Asus's shipments declined mainly because of a fall in netbook sales, with sales of Ultrabooks remaining low.

"Overall, we expect the PC market in France to show a double-digit decline in the second quarter of 2013," said Ms Durand.

Germany: PC Shipments Decline for Eleventh Quarter in a Row

PC shipments in Germany totalled 2.6 million units in the first quarter of 2013, a decrease of 20 per cent from the corresponding period of 2012 (see Table 4).

"This was not only the eleventh consecutive quarter of shipment decline, but also the worst we've seen since Gartner started tracking the German market," said Ms Escherich.

Mobile PC shipments declined by 24.7 per cent while desktop PC volumes fell by 13.1 per cent. Consumer and professional PC demand fell by 18.6 per cent and 21.4 per cent, respectively.

"Consumers generally don't buy tablets with the aim of replacing a PC, but tablets, once in use, often take a central role in everyday computing tasks and people find themselves spending less and less time at a PC. We expect the installed base of PCs to shrink as more tablets and smartphones are purchased," said Ms Escherich.

In Germany, Lenovo retained the No. 1 position that it has held since the third quarter of 2012. It performed better than the market average in all segments, including 2 per cent growth in the consumer segment.

Acer exhibited the worst performance of the first quarter, with an overall shipment decline of 45.6 per cent. Its shipments in the consumer PC segment fell by 48 per cent.

HP, the No. 2, remained the leader in the professional and desktop PC segments. But the gap with Lenovo is widening rapidly.

"We expect this market to decline further through 2013. However, demand in the professional PC sector and the release of Intel's 'Haswell' processor could boost shipments in the second half of 2013 and into 2014," said Ms Escherich.

Gartner, Inc. (NYSE: IT) is the world's leading information technology research and advisory company. Gartner delivers the technology-related insight necessary for its clients to make the right decisions, every day. From CIOs and senior IT leaders in corporations and government agencies, to business leaders in high-tech and telecom enterprises and professional services firms, to technology investors, Gartner is a valuable partner in more than 13,000 distinct organizations. Through the resources of Gartner Research, Gartner Executive Programs, Gartner Consulting and Gartner Events, Gartner works with every client to research, analyze and interpret the business of IT within the context of their individual role. Founded in 1979, Gartner is headquartered in Stamford, Connecticut, USA, and has 5,500 associates, including 1,402 research analysts and consultants, and clients in 85 countries. For more information, visit www.gartner.com.