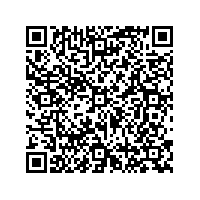 Gartner Says Mobility will be a Trillion Dollar Business by 2014

Analysts Explore the Changing Face of Mobility at Gartner Symposium/ITxpo 2010, 8-11 November, in Cannes

(PresseBox) ( Orlando, Fla., 10-10-22 )
Worldwide mobile voice and data revenue will exceed one trillion dollars a year by 2014, according to Gartner, Inc. Mobile will generate revenue from a wide range of additional services such as context, advertising, application and service sales, and so on. Each of these will be a significant business worth several tens of billions of dollars per year.

Gartner analysts outlined the future of the mobile industry at Gartner Symposium/ITxpo 2010, being held here through today and on 8-11 November in Cannes.

"We see three major eras of mobility," said Nick Jones, vice president and distinguished analyst at Gartner. "The device era was characterised by iconic devices such as the Motorola RAZR and was dominated by device manufacturers. This was followed by the application era which arrived with the iPhone, popularising application and media stores. Going forward, the service and social era will build on the application era, but it will be characterised by cloud services and streaming media. Applications will survive, but often as a component of a more complex end-to-end experience involving the cloud."

Many new device types such as tablets and e-book readers will emerge through 2012 and some will find a role in corporations. However, none will achieve a market share comparable to smartphones or laptops, which will remain the dominant corporate mobile devices. Mobile knowledge workers will require both a PC and a smartphone through 2014.

The smartphone platform space is very competitive, and the leaders will change through 2014 with Symbian is losing share to Android and iPhone OS (iOS). Android is gaining ground fast and will appear on consumer electronics and non-handset devices such as tablets.

"As the platform wars rage, a variety of new tools are becoming 'platforms' in the sense that they provide a user experience and framework for delivering applications," Mr Jones said. "These include the mobile Web, where HTML5 will be very influential, OS independent 'platforms' such as Flash, and scriptable tools such as augmented reality browsers and mapping systems. In the long term, some will be absorbed into the OS or browser."

"In 2010, we are seeing the beginning of simple context using location to suggest interests and to guide searching," Mr Jones said. "Context will also be a key criteria for the selection of partners. Many mobile business systems will exploit contextual cloud services hosted by others. It will also be a major commercial battleground with powerful vendors such as Nokia, Google, and Apple striving to own the consumer's context. Context will also be bound up with social relationships and social networks, illustrated today by services such as location-tagged posts to Facebook and Twitter."

Mr Jones advised organisations to develop a high-level mobile strategy based on technology-independent management goals and styles, rather than detailed device, platform or application policies. Traditional mobile strategies were designed to support well-defined requirements with devices, applications and services provided and managed by IT professionals. Requirements of this type will persist, but it will not form the majority of corporate mobility by 2015 because of changes in user requirements, technology, and the nature of work itself.

More exclusive content, expanding multi-media coverage, including Twitter feeds and comments from the Gartner Blog Network will be available at Gartner's SymLive site at http://gartner.com/symlive.