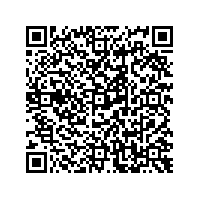 Subscribe to news
(PresseBox) ( Surrey, 13-03-14 )
Household adoption and spending on consumer technology products is shifting faster than expected in favour of gadgets and services that are portable or mobile and those that deliver networking capabilities and entertainment, according to a recent survey by Gartner, Inc. The major change is that mobility is now reshaping mainstream consumer behaviour in fundamental ways, the way people organise their lives and the spaces they live in.

The Gartner survey was conducted during July and August of 2012 and included responses from more than 8,000 consumers in the US, the UK, Canada and the BRIC countries (Brazil, Russia, India and China).

"Early adopters tend to leave the home laptop in the bag and are abandoning the home office in favour of the sitting room couch or bedroom to do online activities in a more comfortable environment using a tablet or smartphone," said Nick Ingelbrecht, research director at Gartner. "This early adopter trend is becoming mainstream consumer behaviour. Consequently, technology and service providers are faced with no alternative but to innovate for mobility. If they do nothing, they face a potential train wreck as consumers abandon gadgets, services and applications that do not fully support changing mobile lifestyles."

The average household spending by users of media tablets, e-readers, laptops and digital cameras has fallen even as household penetration of these devices has increased (see Table 1). Falling prices and increased technology performance are primary drivers of increasing adoption and multiple purchases.

According to the survey, legacy products such as TVs and desktop computers have the highest mean years between upgrades, at four-and-a-half years and four years, respectively, while newer product classes such as tablets and e-readers have yet to be replaced by the majority of respondents. Replacement and upgrades of fixed devices such as desktop PCs and game consoles will be deferred or abandoned as consumers find they can do most of what they want on more recently purchased portable devices anywhere they want when they want. The things they can't do will either get postponed to a later time or be forgotten about altogether as consumers reorganise tasks and activities to the devices and services they prefer to use.

"Where they are occurring, the lengthening of gadget replacement cycles reflects a mixture of economic pressures on the consumer wallet and hardware product maturity," said Amanda Sabia, principal research analyst at Gartner. "Increasingly, upgrades are taking place in software, content and application ecosystems supported by cloud services, relieving the requirement for hardware upgrades."

The shift to wireless access and portable devices represents both a threat and an opportunity to technology vendors. Some static device ownership paradigms such as desktop computers and television sets remain stable while others, such as TV-related boxes and home networking equipment, increase. Consumers' shift to more mobile devices and applications provides opportunities for equipment to deliver Internet access and content as well as to accelerate the development of mobile solutions and portable extensions to traditionally fixed products and services.