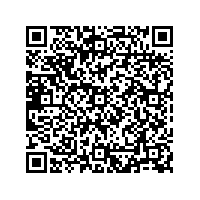 (PresseBox) ( Stamford, Conn., 08-05-19 )
Worldwide operating system (OS) software revenue is forecast to total $28.9 billion in 2008, a 7.2 per cent increase from 2007 revenue of $26.9 billion, according to Gartner, Inc. By 2012, worldwide OS software revenue will surpass $37.5 billion. Despite healthy growth projections, the industry will experience disruption both in the short and long term.

Mr Cheung said that the Linux segment is the fastest-growing server OS market and that Linux continues to substitute Unix in the server OS market because its cost-to-performance ratio, high availability of support resources and consequent lower cost of ownership appeals to users.

In the medium to long-term, Gartner expects new technologies such as virtualisation and multicore processors to be disruptive. Embedding applications and OS in virtual machines could displace OS as a traditional infrastructure layer, while multicore chips drive changes in the current licensing model of vendors.

Alternative delivery models, such as software as a service (SaaS), will change the way software and services are delivered, diminishing the importance of the traditional monolithic OS, which could seriously impact vendors' revenue. Utility (or cloud) computing is also widely expected to change the shape of the OS market - and associated revenue - because both organisations and end users increasingly require more on-demand type infrastructure services rather than on-premises, self-owned or commodity-type solutions.

Gartner cited the sale of PCs as the main short-term driver for original equipment manufacturer (OEM) OS vendor revenue, adding that the end of life of Windows XP and the release of the first Windows Vista Service Pack in the first half of 2008 could drive sales of Vista and potentially boost Microsoft's client OS revenue. The success of Microsoft's anti-piracy programme will also continue to improve revenue performance. In the longer-term, government backed open-source initiatives, and cost issues will drive adoption of Linux in some emerging markets, while the continual lowering price of hardware and the demand from emerging markets are driving sales of computing hardware and preinstalled/OEM-type OSs.

Short-term inhibitors include the US recession, which is resulting in slower PC purchases and replacements, and the advent of x86 multicore processors which has imposed challenges in software license pricing that could damage vendor revenue if they fail to offer a new strategic pricing scheme. Longer term, Gartner predicts that with the help of virtualisation, companies will be better able to manage their resources, eventually requiring fewer OS licenses, and that pre-deployed applications in virtual machines could replace the OS as an infrastructure and dramatically change software distribution methods and resolve OS compatibility issues.

"Software vendors can prepare for these technology shifts by ensuring that they can provide offerings compatible to virtualised environments, by evaluating solid SaaS offerings, by planning open-source and cloud computing strategies, and by formulating new pricing schemes on multicore machines," Mr Cheung said.