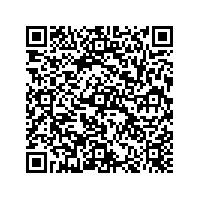 Gartner Says IT Operations and Management Software Market Grew 4.8 Per cent in 2012

Analysts to Discuss the Future of IT Operations at the Gartner IT Infrastructure & Operations Management Summit 2013, 3-4 June in Berlin and 18-20 June in Orlando

(PresseBox) ( Stamford, Conn., 13-05-21 )
Worldwide IT operations management (ITOM) software revenue totalled $18 billion in 2012, up 4.8 per cent from $17 billion in 2011, according to final results from Gartner, Inc. However, Gartner said that the "Big Four" ITOM vendors - IBM, CA Technologies, BMC Software and HP - surrendered market share in 2012, while a new generation of ITOM vendors grew significantly faster than the market.

"Vendor revenue in the 2012 ITOM software market demonstrated moderate single-digit growth, after two consecutive years of nearly double-digit growth, due in part to slow economic growth, tight IT budgets, and merger and acquisition (M&A) activity," said Laurie Wurster, research director at Gartner. "Nevertheless, the ITOM market did manage to grow slightly above the average growth rate of the infrastructure software market, and by doing so it gained share of IT budgets."

Pushing the growth of the ITOM market, although at a less-frantic pace, were continued investments in virtualisation management tools and promising cloud computing technologies, which are the key drivers behind the growth in the configuration management and availability and performance segments, and also in the other ITOM category, in which Cloud Management Platform (CMP) pure-play vendors are represented.

Continued strong growth in workload automation and IT process automation demonstrates that IT organisations are still investing heavily in more traditional technology and process improvement initiatives; there is also an increased effort to automate private cloud services. The evolution of IT service desk tools into IT service support management tools contributed to growth in the market as vendors are supplementing foundational technologies with the addition of features such as mobility, collaboration, IT service visualisation, and more advanced analytics and reporting.

The top five ITOM vendors, ranked by revenue, grew 0.6 per cent in 2012, compared with 7 per cent growth in 2011, and accounted for 55 per cent share, or $9.9 billion, of the overall ITOM software market in terms of revenue. The ranking of the top five vendors did not change from 2010 through 2012 (see Table 1). Among the top five vendors, Microsoft led the group in year-on-year growth at 16 per cent, while the rest of the top five remained flat or saw declining growth.

"The most interesting vendors to watch in terms of dynamics will be those with revenue ranging from $100 million to $500 million," said Ms Wurster. "Strategies on business models (software as a service [SaaS], subscription and cloud-based), as well as partnering programmes to obtain reach into regions outside North America, Western Europe and mature Asia/Pacific, will be key to growth."

At the regional level, North America, Western Europe and mature Asia/Pacific were the prime consumers of ITOM software in 2012. Nearly 90 per cent of this market is concentrated in these developed markets, suggesting that the older and more complex the infrastructure is, the more organisations need tools to manage it. Although emerging Asia/Pacific and Latin America remained growth leaders in 2012, neither was able to sustain the strong growth they experienced in 2011. The biggest laggards were Eastern Europe, Eurasia and Sub-Saharan Africa, with decreases of more than 1.5 per cent each. All other areas saw low- to mid-single-digit growth.

Across the ITOM segments, workload automation and IT process automation (distributed) was the only product segment able to maintain the strong double-digit growth experienced in 2011. Most other segments experienced a 2 per cent to 3 per cent year-on-year decline in growth rates compared with 2011. Many ITOM subcategories are commoditising, as end users replace high-cost tools from the Big Four vendors with lower-cost tools at a 10th of the cost overall, thereby contracting the market and providing high growth for many low-cost providers.

A more detailed analysis is available in the report "Market Share Analysis: IT Operations Management Software, Worldwide, 2012." The report is available on Gartner's web site at http://www.gartner.com/....

Gartner analysts will take a deeper look at the outlook for IT operations trends at the Gartner IT Infrastructure & Operations Management Summit 2013 taking place 3-4 June in Berlin and 18-20 June in Orlando, Fla. Details on the Berlin event are at www.gartner.com/eu/iom. More information on the Orlando event can be found at www.gartner.com/us/iom.

Members of the media can register for press passes to the Summits by contacting christy.pettey@gartner.com (Orlando) or laurence.goasduff@gartner.com (Berlin).

Information from the Gartner IT Infrastructure & Operations Management Summit 2013 will be shared on Twitter at http://twitter.com/... using #GartnerIOM.

Gartner, Inc. (NYSE: IT) is the world's leading information technology research and advisory company. Gartner delivers the technology-related insight necessary for its clients to make the right decisions, every day. From CIOs and senior IT leaders in corporations and government agencies, to business leaders in high-tech and telecom enterprises and professional services firms, to technology investors, Gartner is a valuable partner in more than 13,000 distinct organisations. Through the resources of Gartner Research, Gartner Executive Programmes, Gartner Consulting and Gartner Events, Gartner works with every client to research, analyze and interpret the business of IT within the context of their individual role. Founded in 1979, Gartner is headquartered in Stamford, Connecticut, USA, and has 5,500 associates, including 1,402 research analysts and consultants, and clients in 85 countries. For more information, visit www.gartner.com.