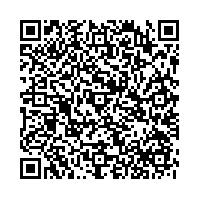 (PresseBox) ( Hong Kong, 10-03-18 )
China's enterprise software market is forecast to maintain its strong performance, with an estimated compound annual growth rate (CAGR) of 14.6 per cent from 2008 to 2013 - the highest growth rate in the world, according to Gartner, Inc. Despite current global conditions, the software market in China is expected to rebound to an annual growth rate of 14.8 per cent in 2010. Gartner analysts said that the increasing globalisation of the Chinese economy is leading to a growing need for modern software with the latest features and improved functionality.

"Software vendors have strong growth potential in China, but also face the challenges of operating in a commercial environment that is still developing," said Hai Hong Swinehart, research analyst at Gartner. "Chinese organisations have historically preferred to develop applications using their own labour because it costs less. However, this tendency has resulted in legacy and quickly obsolete software, as well as inhibiting Chinese organisations' sustainability and business IT continuity. Growth will mainly be driven by replacing immature infrastructure with standardised systems and the large vendors stand to benefit."

A 2009 Gartner survey [2] found that 46 per cent of respondents in China planned to increase their software spending in 2010, far higher than other countries surveyed, such as those in Europe, the Middle East and Africa, North America, and Latin America. The same survey found organisations in China in 2010 are expected to spend approximately 23 per cent of their IT budgets on software compared with 33 per cent on hardware.

"China is still a hardwarecentric country that tends to spend more on infrastructure, and we expect this to continue through the forecast period to 2013," said Ms Swinehart. "Optimism regarding spending within Chinese organisations reflects confidence in China's regional economic performance, as well as the need to adopt better technology to effectively compete in a tougher global environment."

In the next five years, the fastestgrowing segment will be data integration and data quality tools, with a CAGR of 32.4 per cent, although it is growing from a small base. Gartner said Chinese organisations are lagging behind in terms of adoption of these tools, resulting in the fast growth of this market.

Additional information is available in the report 'Market Trends: Software Market, China 2009 - 2013'. The report is available on Gartner's website at: http://www.gartner.com/...

Gartner, Inc. (NYSE: IT) is the world's leading information technology research and advisory company. Gartner delivers the technologyrelated insight necessary for its clients to make the right decisions, every day. From CIOs and senior IT leaders in corporations and government agencies, to business leaders in hightech and telecom enterprises and professional services firms, to technology investors, Gartner is the indispensable partner to 60,000 clients in 10,000 distinct organizations. Through the resources of Gartner Research, Gartner Executive Programs, Gartner Consulting and Gartner Events, Gartner works with every client to research, analyze and interpret the business of IT within the context of their individual role. Founded in 1979, Gartner is headquartered in Stamford, Connecticut, U.S.A., and has 4,000 associates, including 1,200 research analysts and consultants in 80 countries. For more information, visit www.gartner.com.