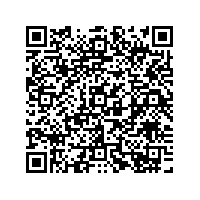 In 2008, Global Offshore Spending to Grow More Than 40 Per Cent

(PresseBox) ( Egham, 07-12-12 )
Many organisations that choose to move IT services to lower-cost countries are daunted by the task of determining which country or countries would best host their operations. This year, Gartner analysed 30 countries and assessed their suitability for offshore locations. The analysis showed that India remains the undisputed leader in offshore services, but increasingly countries such as China, Russia and Brazil are providing credible alternatives. In 2008, Gartner predicts offshore spending to grow 60 per cent in Europe, and 40 per cent in the US.

"The aim of the study was not to rank each country, as every organisation will have a different view of which factors are the most important for their needs, but rather help sourcing managers determine which locations are right for their organisations," said Ian Marriott, research vice-president at Gartner.

Gartner used ten criteria that it determined important for organisations to consider when looking at a potential location for offshore or nearshore IT or business process services. They were: language, government support, labour pool, infrastructure, educational system, cost, political and economic environment, cultural compatibility, global and legal maturity, and data and intellectual property security and privacy.

Gartner’s top 30 locations for offshore services, by region, were:

"While these 30 countries demonstrated their suitability to develop or enhance their offshore service credentials, another 35 countries were also considered," said Mr Marriott. These countries have exhibited initial activities to establish an environment that would be considered attractive for companies considering their own investments in a lower-cost country, or have external service providers located there that are beginning to sell services beyond their domestic market. However, they failed to make it into the top 30.

In the Americas, the countries which made the final list are becoming (or in some cases are already) an attractive proposition for the largest buying market for offshore services, the United States.

Canada led the rating in seven of the ten categories, faring the worst for cost of labour. Although Canada dominated the rating for language, Latin American countries are able to leverage their Spanish language skills increasingly in the US. "An increasing number of US companies now require Spanish language from their providers for communication with parts of their workforce that speak Spanish as a first language," Mr Marriott added. The data and intellectual property security and privacy, and the infrastructure, were the categories where the region fared the worst.

In Asia/Pacific, although positioned as India’s greatest challenger in terms of its potential scale, China fared poorly for language skills. China, India and Singapore all demonstrated strong government support for the promotion of their country as an offshore services location.

The political and economic environment remains a concern for many companies when moving work to offshore locations; in this area Pakistan, the Philippines, Sri Lanka and Vietnam all performed weakly. On the other hand, the higher-cost locations of Australia, New Zealand and Singapore all led the rating not only in this category, but also for cultural compatibility, global and legal maturity, and data and intellectual property security and privacy, proving that the link between lower risk and higher cost holds true.

In EMEA, locations such as Ireland, Israel, Northern Ireland and South Africa fared well for language skills, because of the quality and quantity of English-language speakers. However, other countries such as the Czech Republic, Slovakia, Hungary, Poland and Romania were also given credit for the availability of alternative languages that address the needs of an increasing number of continental European buyers.

In the region, the government support achieved low ratings, reflecting the amount of focus still needed to create an environment that will support the drive of these nations to become a part of organisations' global delivery models. The labour pool ratings were also indicative of some limitations, either in quality or scale of appropriate resources with Russia leading the rating. The domestic maturity of long-standing European Union (EU) members, plus Israel, delivered the highest ratings when it came to an assessment of their infrastructure and their educational systems, although Russia again fared well in the latter category.

Relatively recent EU entrants Slovakia and Romania, together with Russia and Ukraine scored well on cost grounds, however, the whole cost profile of the EMEA region must be regularly evaluated, as salaries, real estate, communications and other costs are in a state of flux. Few countries in this region, with the exception of Russia, have a good selection of local service providers actively selling their capability outside their own country.