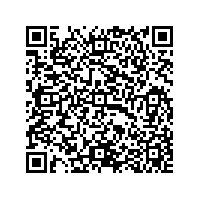 (PresseBox) ( Stamford, Conn, 09-03-19 )
With CEOs facing unprecedented challenges ahead as businesses struggle with the realities of dealing with the economic downturn, Gartner, Inc. has identified the seven greatest concerns for CEOs in 2009.

"The tumultuous events of the past 12 months have shocked the world. CEOs are confronting reduced revenues and profits and need to restructure their businesses accordingly," said Mark Raskino, vice president and Gartner fellow. "As a consequence, CIOs should plan for extraordinary requests in 2009 for work and changes."

"Today's CEO concerns provide an advanced look at what will become CIO priorities in six to 18 months," said Jorge Lopez, vice president and distinguished analyst at Gartner. "We've identified these conclusions based on more than a dozen sources of CEO insights, our own analysis of business and economic trends, and changes in the IT landscape."

As the restructuring plan unfolds, CIOs must be prepared to clear the table of current plans and start again, deliver significant cost reduction, deliver significant headcount reduction, cancel some major projects no longer aligned with survival and ensure that all outsourcing partners are viable. At the same time, they will need to deal with unexpected acquisitions and divestitures, manage higher risk taking on projects, work with lower procedural obstacles and stronger CIO powers, and build contingency plans for significant suppliers.

The urgent issue of the CEO is to pare the corporate efforts down to those that are central to the company's short-term survival while not killing off its future. CIOs should expect to support peaks of public-relations activity in response to press interest in the condition of the company, as well as travel at short notice to perform due diligence on potential acquisitions. Both talent raids and layoffs will place more pressure on the human resources department and its systems, as will sourcing based on financial reengineering, both of which will add to the IT workload. Above all, CIOs should be aware that restructuring may not be readily apparent, but when it is ready, it will proceed quickly, and a "SWAT team" should be identified to react and respond swiftly.

The institutions that were once counted on to safeguard the economy seem to have failed, and the lack of transparency in the economic system has been exposed. There has been a subsequent loss of trust, as well, amid fears that other unknowns are awaiting. Trust is an intangible element in business but is crucial to transact business. IT can help improve transparency in the way business is done through reputation management, e-discovery and business intelligence. Gartner also expects a strengthening of "data driven" management culture as the risks of moving forward with insufficient data become far less acceptable.

Until recently, the onward advance of globalisation has been unquestionable. However, the disparity of growth between developed and emerging nations is driving tensions as policy differences become more apparent. At the same time, rapid and large changes in strategies for growth, risk and currency are in need of reappraisal as long-term assumptions about fuel prices and supply logistics change. The keyword for the IT agenda in the face of this high level of uncertainty and risk is flexibility. CIOs need to ensure that their IT operations are ready for the challenges and shifts that are sure to emerge.

With the current recession and the crisis of business confidence, CEOs should expect new governmental oversight of their business dealings. Although it is too early to tell where major regulation will be headed, there are some actions that CIOs need to take to ensure they are not caught behind the curve in their industry. These include staying deeply connected to the ebbs and flows of industry regulation and paying attention to tax policy as taxes are another form of regulatory control.

The recession has shifted the growth dynamics of the global economy away from private industry to government. For example, the US Congress recently passed the American Recovery and Reinvestment Act, which commits $787 billion to the US economy. This has implications for business and IT, not only in major shifts in key industries, but also in how IT is managed. CIOs should expect their organisations, which may never have sold products or services to a government agency, to retune processes for the sensitivities of government with detailed procedures to avoid fraud and unfairness in bidding for contracts.

CEO Issue Seven: Green Is Not Going Away

While Gartner does not expect green to necessarily be "top of mind" in 2009, it will still have a place at the table as long as CEOs believe it is a useful part of reducing the break-even point of the business. IT vendors and CIOs need to review policies and practices to reflect changing views and to focus on improving environmental sustainability. IT operations probably represent the biggest environmental impact for organisations that have low total environmental impact, so the CIO may well take the lead on this issue.

Additional information is available in the Gartner report "CEO Concerns 2009: Dealing with the Downturn." The report is available on Gartner's web site at http://www.gartner.com/....