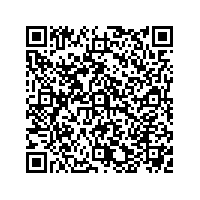 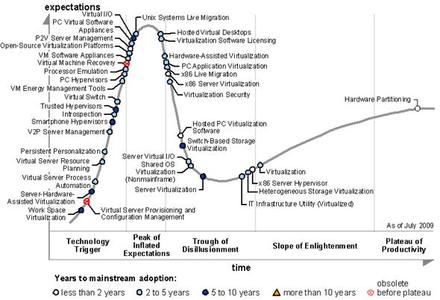 (PresseBox) ( München, 09-09-17 )
Gartner has published its first hype cycle for virtualisation. The hype cycle outlines 36 technologies at different stages of development. It identifies six technologies that will have a business transformational impact within the next five years. Among them are the virtualisation trend as a whole, x86 server hypervisors and the PC virtual software appliances.

In the next two to five years, Gartner predicts that virtualisation as a whole will have a transformational business impact.

Gartner defines IT virtualisation as the abstraction of IT resources in a way that masks the physical nature and boundaries of those resources from resource users. An IT resource can be a server, a client, storage, networks, applications, operating systems or a search engine.

"Virtualisation makes it easier for IT to deliver faster, to have a lower barrier to entry and to deliver only exactly what is needed - no more and no less," said Mr Bittman. "This puts more pressure on the user to use IT efficiently and to make good business decisions about the use of IT."

In less than two years, x86 server hypervisors will have a transformational business effect.

The flexibility enabled by hypervisors will give operations more freedom in workload hosting, and the potential ability in the future to migrate workloads in virtual machine (VM) format to cloud service providers. Gartner believes that, in the long term, this technology will become the basis for such processes as completely changing server chargeback, planned downtime management, capacity planning and disaster recovery.

Gartner also predicts that PC virtual software appliances will have a transformational business impact in the next two to five years.

A PC virtual software appliance is a dedicated PC partition or virtual machine providing a single application or function, without the complexity of a full PC operating system (OS). By adopting an appliance approach, organisations will be able to deliver individual functions (such as firewalls, asset management, TV recorders or media players) as separate modules that run alongside, rather than on top of (or from within), the standard PC OS.

Gartner predicts that once hypervisors are offered with new PCs, virtual appliances will allow PC vendors to establish functional differentiation between products based on the same hardware components. Their use will also become essential for delivering some platform-level functions (such as disc encryption and power management) on PCs that run multiple virtual machines.

Virtualisation will be further examined at the Gartner Data Center Summit 2009, 5-6 October in London. For further information please visit www.europe.gartner.com/...
The virtualisation hype cycle is part of "Gartner's Hype Cycle Special Report for 2009." It evaluates the maturity of 1,650 technologies and trends in 79 technology, topic and industry areas.

Gartner produces a series of Hype Cycles to help separate hype from reality and provide a model that helps businesses to decide when they should adopt a new technology based on current maturity and risk.

The Hype Cycle is an educational tool that helps explain why technologies should be adopted based on your individual needs and goals, rather than on the generic levels of hype and disillusionment in the marketplace. Gartner's Hype Cycle Model follows four stages:

Technology Trigger - The first phase of a Hype Cycle is the "technology trigger" or breakthrough, product launch or other event that generates significant press and interest.

Peak of Inflated Expectations - In the next phase, a frenzy of publicity typically generates over-enthusiasm and unrealistic expectations. There may be some successful applications of a technology, but there are typically more failures.

Plateau of Productivity - A technology reaches the "plateau of productivity" as the benefits of it become widely demonstrated and accepted. The technology becomes increasingly stable and evolves in second and third generations. The final height of the plateau varies according to whether the technology is broadly applicable or benefits only a niche market.