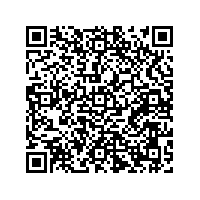 Major Stakeholders Need to Work Together to Secure the Future of TV 2.0

(PresseBox) ( STAMFORD, Conn., 09-07-01 )
The battle for the future of TV is underway in the United States with an overabundance of stakeholders pushing for greater influence as TV and computing converge, according to Gartner, Inc. Although the web of players competing to lead the way for TV 2.0 is starting to have some definition, content providers, device makers, cloud providers and communications firms will need to come together to secure the future of next-generation TV.

"At the moment, the future of TV is clouded by an excess of stakeholders, most of whom have a defensible position in television's future," said Allen Weiner, research vice president at Gartner. "New stakeholders, such as telco providers, web search engines and portals, and new media titans, such as Apple and Microsoft, make for a crazy quilt of businesses and competitors looking for a significant stake in the future of TV, even if revenue models for next-generation broadcasting remain a mystery to most."

Mr Weiner said that regardless of market segment, a number of overarching factors will dictate which of these stakeholders emerge with what level of future power. These factors include:

- Agility - The ability to quickly react to technology, programming and consumer trends
- Regulatory Influence - The ability to get the ear of people in governmental rulemaking and policymaking positions
- Follow the Money - The ability to create close ties with advertisers, as well as to carefully experiment with new revenue models
- Understand the Consumer - The ability to follow trends in consumer media usage and to separate the hype and transient trends from those prime for commercial exploitation

Gartner said that successful stakeholders will need to partner with organisations in different market segments to fully enable the future of TV. "In order for content to ultimately be delivered to consumers outside of traditional paths of linear programming, such as cable and satellite, a number of market segments need to come together, namely content, bandwidth, devices and cloud-based services," said Andrew Frank, research vice president at Gartner.

Mr Frank said that overlaid on this orderly division of capabilities is a less-well-defined arrangement of long-standing and newly formed business ecosystems that are at once merging and competing for power. These include the incumbent television ecosystem encompassing broadcast networks, station groups, cable networks, and cable and satellite providers; the internet protocol television challengers, consisting of major telecommunications companies; various manufacturing interests including set-top box makers, such as Cisco and Motorola, and TV manufacturers, such as Sony and Samsung; platform providers, such as Sun, Adobe, Microsoft and Apple; and the pure-play internet companies including Google, Yahoo, Amazon and Hulu, as well as online video publishing platform providers.

At the same time, consumers and advertisers are playing a key role in funding the entire enterprise, while the role of regulators, which has been extremely prominent in established broadcasting, remains relatively ill-defined in the over-the-top world.

Additional information is available in the Gartner report "The Race to Dominate the Future of TV." The report is on Gartner's website at http://www.gartner.com/....