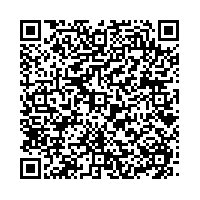 (PresseBox) ( Stamford, Conn., 08-11-18 )
Adoption of open-source software (OSS) is becoming pervasive, with 85 per cent of companies surveyed currently using OSS and the remaining 15 per cent expecting to in the next 12 months, according to Gartner, Inc.

The Gartner survey was conducted in May and June 2008 and included 274 end-user organisations across various countries and markets in Asia/Pacific, Europe and North America. Respondents were evenly distributed across manufacturing, education, financial services and service companies and included a cross section of small, medium and large organisations. The survey was targeted at end users and excluded software vendors and external service providers (ESPs).

Gartner found that 69 per cent of companies surveyed still have no formal policy for evaluating and cataloguing OSS usage in their organisations, opening up huge potential liabilities for intellectual-property violations.

"Just because something is free doesn't mean that it has no cost," said Laurie Wurster, research director at Gartner. "Companies must have a policy for procuring OSS, deciding which applications will be supported by OSS, and identifying the intellectual property risk or supportability risk associated with using OSS. Once a policy is in place, then there must be a governance process to enforce it."

The Gartner survey results indicate that OSS in new projects is being deployed nearly equally in mission-critical and non-mission-critical situations. Although the adoption rate is higher for the more mature infrastructure OSS projects and components, more projects related to application software are in progress and are planned to start within the next 12 months.

Of the large number of application software projects, respondents indicated a higher rate of using OSS as a replacement for commercially available products while using mostly OSS components for their infrastructure development. In areas where OSS projects are most mature, IT departments appear comfortable with using OSS components to enhance existing infrastructure environments. However, in the less mature areas of application software, OSS is more readily used as a replacement for commercially available software, probably because of the cost and sophistication level required to customise many application products.

When respondents were asked to select the top three most important reasons for using OSS, they consistently said that lower total cost of ownership (TCO) and reduction in development of cost-prohibitive factors were major factors for selecting OSS. Another strong reason for using OSS was that it makes it somewhat easier to embark on new IT projects or software initiatives.

Some respondents indicated that they also use OSS as investment protection against a single vendor "owning" the entire IT department. Others said that the major business reason for using OSS projects and components was faster time to market, which better positions them to meet the unique demands and requirements of internal and external customers and, in many cases, provides them with the ability to avoid complex procurement rules and procedures.

Governance, or the lack of it, was the No. 1 challenge for OSS users in the survey, followed by conflicting terms and conditions and the availability of too many licence types and forms.

"Understanding when and how an OSS alternative may be used is a frustrating process, especially when there are so many licence types and forms from which to choose," said Ms Wurster. "As time goes by, many of these concerns will be addressed, but this continues to be a slow process. Increases in OSS popularity and in the rate of OSS adoption will drive the required changes."

Customer service continues to be the leading business process for which OSS projects are used, followed closely by enterprise integration, finance and administration, and business analytics. Sales and marketing, customer analytics, field service, ERP and CRM solutions are also moving up the adoption ramp, further increasing the influence of OSS in many enterprises.

Additional information is in the Gartner report "User Survey Analysis: Open-Source Software, Worldwide, 2008". The report is available on Gartner's website at http://www.gartner.com/....