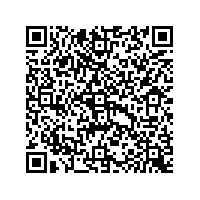 (PresseBox) ( Stamford, Conn., 09-07-07 )
Worldwide IT spending is on pace to total $3.2 trillion in 2009, a 6 per cent decline from 2008 spending of $3.4 trillion, according to Gartner, Inc. Continued weak IT spending because of the economic situation combined with the effect of exchange rate movements has resulted in Gartner lowering its 2009 forecast from its 1Q09 projection. In March of this year, Gartner had forecast 2009 worldwide IT spending to decline 3.8 per cent.

"While the global economic downturn shows signs of easing, this year IT budgets are still being cut and consumers will need a lot more persuading before they can feel confident enough to loosen their purse strings," said Richard Gordon, research vice president and head of global forecasting at Gartner.

"The forecast decline in spending growth for the hardware and software segments in 2009 has almost stabilised, and only minor downward revisions have been made to these forecasts this quarter," Mr Gordon said. "However, the full impact of the global recession on the IT services and telecommunications sectors is still emerging, and forecast growth in these areas has been further reduced significantly. Moreover, the rise in the value of the US dollar against most currencies in recent months will have a material downward impact on 2009 global IT spending growth, which by convention we report based on US dollars."

All four major segments of IT - hardware, software, IT services and telecommunications - will experience declining revenue (see Table 1), something that did not happen in the 2001 downturn. The computing hardware segment will experience the steepest decline in 2009, with spending projected to decline 16.3 per cent. The software segment will show the slightest decrease in 2009, with spending forecast to drop 1.6 per cent.

Additional information is available in the Gartner report "Gartner Dataquest Market Databook, June 2009 Update." The report provides detailed regional data for worldwide IT spending through 2013. The report is on the Gartner website at: http://www.gartner.com/....