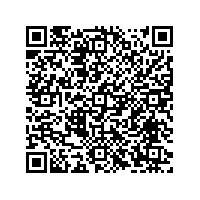 (PresseBox) ( Barcelona, Spain, 08-05-14 )
A ‘borderless state’ will prevail within the information and communications technology (ICT) industry by 2015, according to Gartner, Inc. Analysts predict that organisations, including governments, will increasingly source their ICT from around the globe without regard to the ‘country of origin’ or ‘headquarters’ of the vendor supplying the solution, be it software, hardware, telecommunications, IT services, or people.

“Rapid IT growth in emerging nations is removing borders in business that will impact everyone. Even if you have no direct operations in China, or India or anywhere else in the emerging world, your suppliers are probably there and so are some of your partners and customers,” said Partha Iyengar, vice president and distinguished analyst at Gartner. “Organisations must learn to trade and compete with these rapidly transforming, highly organised companies, which leverage low-cost, highly skilled labour sources. If they do not, they will be at a significant competitive disadvantage.”

Gartner analysts are to examine the megatrends pushing organisations towards a ‘borderless state’ within the ICT industry at the Gartner Emerging Trends Symposium/ITxpo 2008, taking place in Barcelona through 15 May.

Gartner said that far from being a new phenomenon, the erosion of traditional borders is the latest stage of globalisation that goes back to the industrial revolution and beyond. Today, social, political and financial forces are combining to transform developing nations into economic powerhouses with enormous ramifications for businesses worldwide.

Although there is still a huge gap in the absolute sizes of emerging and mature ICT markets, emerging regions are rapidly catching up with mature markets in IT investments. According to Gartner, the compound annual growth rate (CAGR) from 2006 through 2011 shows that IT spending will represent 8.5 per cent of combined total gross domestic product (GDP) in emerging markets. IT spending will be 4.3 per cent of GDP in mature markets in the same period.

As the growth rates of emerging markets continue to accelerate and further expand beyond the current leaders – Brazil, Russia, India and China (BRIC) – the power of these regions in the global IT industry is becoming more pronounced.

Gartner estimates that IT spending in the emerging markets will grow at a CAGR of 9.9 per cent to reach $1.3 trillion by 2011, while in the mature markets it will reach $2.5 trillion in 2011, representing a CAGR of 4.6 per cent.

Nowhere is the effect of this more visible than in the IT services sector where Indian ‘mega vendors’ such as TCS, Infosys and Wipro are increasingly considered for strategically important deals, involving multiple services when competing against today’s traditional global leaders.

According to Gartner, the six leading Indian heritage providers, with predominantly Indian delivery resources, have been growing at 35 per cent over the past several years while the top ten global providers have been typically growing under 10 per cent annually.

According to Mr Marriott, research vice president at Gartner, “Vendors must consider other emerging markets as a source of future competition and opportunity. High quality vendors will not only be coming from China and India in the future. Regions such as Eastern Europe, Latin America and relatively untapped portion of Asia/Pacific are now viable locations for offshore services.”

“Chief information officers (CIOs) must understand the future growth plan of their organisation into many other parts of the world,” he concluded. “Possibility to access services in these countries, such as Argentina, Vietnam and Romania, will provide opportunities but there will be challenges in developing the governance required to effectively manage this new breed of vendors.”

Gartner analysts will provide more detailed analysis on the impact emerging countries are having on the economy at the Gartner Emerging Trends Symposium/ITxpo, 12-15 May at Palau de Congressos in Barcelona, Spain. Gartner Emerging Trends Symposium/ITxpo is Gartner’s premier event focused on the emerging trends, technologies, business models and new management thinking poised to have a dramatic impact on business, the economy and society. Altogether 1,400 IT professionals from the world's leading organisations, rely on Gartner's Symposium/ITxpo: Emerging Trends event to gain insight into how their organisations can use technology to address business challenges and improve operational efficiency. For more information, please visit www.gartner.com/eu/symposium

The full agenda for the day - http://agendabuilder.gartner.com/...