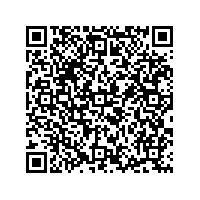 (PresseBox) ( Stamford, Conn., 09-02-19 )
The rise in popularity of the software-as-a-service (SaaS) delivery model has resulted in a number of assumptions about this emerging model, but it has been difficult for many companies to separate truth from fiction, according to Gartner, Inc. Gartner analysts have examined the top five assumptions to provide a bit of a reality check on the state of the SaaS industry.

"In recent years there has been a great deal of hype around SaaS," said Robert DeSisto, vice president and distinguished analyst at Gartner. "As a result, a great number of assumptions have been made by users, some positive, some negative, and some more accurate than others. The concern is that some companies are actually deploying SaaS solutions, based on these false assumptions."

Gartner has taken the top five assumptions that users make and provided a fact check on their accuracy.

Fact Check: True during the first two years but may not be for a five-year TCO. SaaS applications will have lower total cost of ownership (TCO) for the first two years because SaaS applications do not require large capital investment for licenses or support infrastructure. However, in the third year and beyond, an on-premises deployment can become less expensive from an accounting perspective as the capital assets used for the on-premises deployment depreciate.

Assumption 2 - SaaS is faster to implement than on-premises software.

Fact Check: True for simple-requirement SaaS, which will be faster, but growing complexity and other factors are coming into play. There is a danger in applying the general rule of SaaS being faster to implement for a specific deployment. Vendors often quote time frames of 30 days to implement but neglect to say that SaaS deployments can take seven months or longer. As the complexity of the business process and integration increases, the gap advantage between SaaS and on-premises deployment times will narrow because a larger percentage of the deployment time is associated with customisation, configuration and integration, which are equally difficult with both delivery models.

Assumption 3 - SaaS is priced as a utility model.

Fact Check: False in the vast majority of cases. Many SaaS vendors state that they are utility-based providers, similar to electric companies, claiming that you're only charged for what you use. However, for most SaaS deployments, this is false. In the vast majority of cases, a company must commit to a predetermined contract independent of actual use. In some cases, the application lends itself to metered use - for example, an e-commerce application may have pricing based on order transaction processes - but for the most part, utility examples are in the minority

Assumption 4 - SaaS does not integrate with on-premises application and/or data sources.

Fact Check: False. There are two primary methods of integrating SaaS offerings with on-premises applications and/or data sources. The first method is batch synchronisation, which initially involves loading the SaaS application with data. Once this initial data load has been made, data can be incrementally synchronised on a scheduled basis. The second method is real-time integration using web services. Another way to combine the two methods is by having a web service trigger that is based on an event occurring in the SaaS service. Yet another method is emerging that involves integrating SaaS applications at the user-interface level through mashups.

Assumption 5 - SaaS is only for simple, basic requirements.

Fact Check: False, but there are still limits. SaaS applications are highly configurable at the metadata level with many offering customisation capabilities with platforms in the form of application platform as a service (APaas). There are industry examples in which complete custom applications have been built using SaaS APaas. However, some gaps remain for complex, end-to-end processes that require complex workflow or business process management capabilities.

Additional information is in the Gartner report "Fact-Checking: The Five Most-Common SaaS Assumptions." The report is available on Gartner's website at http://www.gartner.com/....