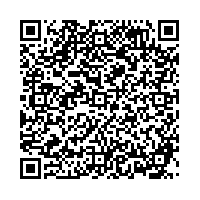 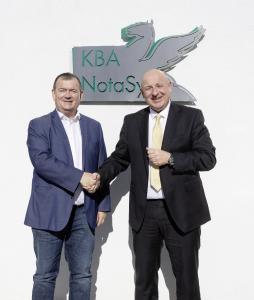 For the last decades, the oldest printing press manufacturer in Austria and part of the Koenig & Bauer group has produced high-quality printing presses for banknotes and securities. Equipped with two small parts warehouses and three Vertical Lift Modules, the previous vertical and picking solution was no longer state-of-the-art. The printing press manufacturer opted for a future-oriented partnership with SSI Schaefer to modernize in the long run, even though they had to dismantle the existing system. Together, they developed a new, semi-automated solution. The order includes the supply and installation of 13 new Vertical Lift Modules, type SSI LOGIMAT. With a height of 9.5 m, these lifts provide vertical locations for 27,000 different items. Right from the beginning, the focus was on simplified operation and operator support using the WAMAS® LOGIMAT software and later on also a direct SAP integration with SPS EasyConnect from Status C. Furthermore it was possible to score with understanding of the current processes as well as optimization suggestions and improvement of the current work processes at Koenig & Bauer.

Inefficient work processes that made operators search for items in the old lifts called for a whole new concept. The responsibles at Koenig & Bauer visited an SSI Schaefer reference system and were convinced. “We gained detailed insight into the technology and the in-house software with corresponding order handling and supporting tools. We were especially impressed by the parallel software-controlled operation of three SSI LOGIMAT machines by one person. The simplified, guided way of picking using the LogiPointer was another aspect in favor of the SSI Schaefer solution,” explains Ing. Rudolf Vogl, General Manager at Koenig & Bauer.

The 13 new Vertical Lift Modules were erected where the two old small parts warehouses used to be. One of the old warehouses was dismantled in December 2019 to provide space for the installation of the first Vertical Lift Modules. “Decisive for the order placement was also the capacity of SSI Schaefer to act immediately. Already in the first construction stage, back in 2019, four Vertical Lift Modules were installed. This was particularly important because the process of filling the lifts had to go hand in hand with dismantling the existing system,” explains Ernst Gram, Head of Order Center/Logistics at Koenig & Bauer. Afterwards, the material stored in the second small parts warehouse will be moved to the new SSI LOGIMAT machines so that the warehouse can be dismantled to make room for the remaining nine Vertical Lift Modules.

“In personal consulting and one-to-one talks as well as with optimization suggestions for the existing vertical solution, we were able offer Koenig & Bauer a customized solution,” resumes Benjamin Mayr, Sales Dynamic Systems at SSI Schaefer.

The SSI Schaefer Group is the world's leading provider of modular warehousing and logistics solutions. It employs approximately 10,500 people at its group headquarters in Neunkirchen (Germany), at eight domestic and international production sites, and at approximately 70 worldwide operative subsidiaries. Across six continents, SSI Schaefer develops and implements innovative industry-specific answers to its customers' unique challenges. As a result, it plays a key role in shaping the future of intralogistics.

SSI Schaefer designs, develops and manufactures systems for warehouses, industrial plants, workshops and offices. Its portfolio includes manual and automated solutions for warehousing, conveying, picking and sorting, plus technologies for waste management and recycling. In addition, SSI Schaefer is now a leading provider of modular, regularly updated software for in-house material flows. Its IT team, with a headcount in excess of 1,100, develops high-performance applications, and provides customers with in-depth advice on the intelligent combination of software with intralogistics equipment. SSI Schaefer's broad IT offering, including its own WAMAS® and SAP products, delivers seamless support for all warehouse and material flow management processes. Solutions from SSI Schaefer improve the productivity and efficiency of customer organizations - not least through the highly precise monitoring, visualization and analysis of operational metrics for proactive intralogistics management.