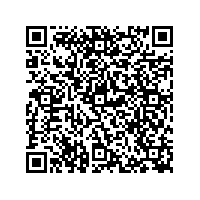 Subscribe to news
(PresseBox) ( Füssen, 17-04-18 )
The Turkish Foundry Association, TÜDÖKSAD, was celebrating its 40th anniversary with its 151 members and 115 foundries, suppliers and supporters end of March with a cherished dinner at Four Seasons Hotel in Istanbul.

TÜDOKSAD President Ugur KOCAOGLU started his speech that Turkish Foundry Industry has achieved its reputation of reliable and consistent supplier for major manufacturing industries at recent years. He thanked all the owners and shareholders of the foundries for the development and growth in the business.

Turkey`s Foundry Industry ranks at No. 10 in the World

The Turkish foundry production of 1.900.000 tons and valuation 4 billion Euros in 2016 is produced by 928 foundries operated in the country (preliminary figures). The Turkish foundry export value reaches above 2,7 billion Euros with export volume over 1.000.000 tons in 2016. There are 34.000 employees in the sector. Most of the production in the foundry sector was made by private owner companies.

Turkish foundry sector acts an important role in world casting production, as well as it is in Europe. If we evaluate the numbers of casting production in 2015, after Germany and Italy, Turkey has taken 3rd place in Europe. According to AFS’s 50th Census of World Casting Production, which was published in December 2016 issue, Turkish foundry industry production in 2015 constitutes 1,8 % of the world production. Accordingly, Turkey’s global ranking is 10.

TÜDÖKSADS General Secretary Kubilay Dal rounded up the official speeches with a presentation on the associations history before Turkish and international guests enjoyed the banquet meal and the entertainment program.

In front of political and economic decisions and possible new settings of the agenda this place was a good opportunity to strengthen the network and the grown relationship with the Turkish partners in the casting Industry.

Turkish Foundry Association (TÜDÖKSAD) was founded in 1976 by leading foundry industrialists and companies with the aim of providing support to enhance the economic progress of the metal casting industry and assisting its member companies (metal casting facilities, die casters and industry suppliers) to effectively manage all production operations and profitably market their products and services.

TÜDÖKSAD is a non-governmental organization with voluntary membership and represents the leading firms, industrialists and managers of the casting/foundry business world. Our association, having all of the largest foundries and most of the small-medium foundry enterprises as our members, embodies Turkish Foundry Industry. As of April 2017, have 151 member companies and 245 industrialists and managers.

Turkish foundry sector is actively represented by TÜDÖKSAD in national and international platforms. TÜDÖKSAD promotes the interests of the metal casting industry in front of the related executive branches of the government. TÜDOKSAD members are actively participating in sectional committees and decision making bodies in national chambers of commerce and industry, hence contributing to the shaping of the national policies and priorities affecting the foundry industry.

Ugur Kocaoğlu has been the board’s chairman since 2014.