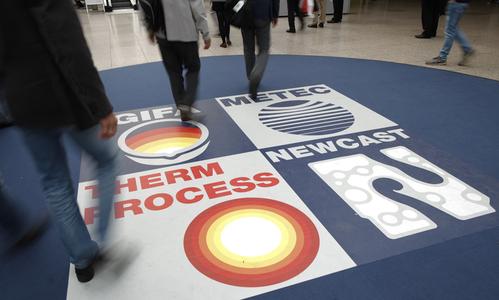 (PresseBox) ( Füssen, 16-03-09 )
GIFA, METEC, THERMPROCESS and NEWCAST to be held at the same interval in future

The four successful technology trade fairs GIFA, METEC, THERMPROCESS and NEWCAST are to be held at the same four-year interval in future and will be taking place in Düsseldorf again from 25. to 29. June 2019. In taking this decision, Messe Düsseldorf is responding to numerous requests from the industrial exhibitors. Messe Düsseldorf Director Joachim Schäfer: “For some time now, switching to a three-year interval has appeared to us to be necessary, because the innovation cycles in the foundry technology and metallurgy sectors are shortening too. It has proved to be the case that a shortening of the interval would put too much pressure on the corporate exhibitors. Since Messe Düsseldorf always acts in line with its customers’ requirements, it has decided to maintain the four-year interval with the four leading trade fairs GIFA, METEC, THERMPROCESS and NEWCAST – at the request of large numbers of exhibitors.”

Portfolio Director Friedrich-Georg Kehrer and his experienced trade fair team will continue to be responsible for the trade fairs in future. All in all, the metals and flow technologies portfolio consists of 30 Messe Düsseldorf Group events around the world. The ones that take place at the Düsseldorf location – apart from the four mentioned above – are wire and tube (from 4. to 8. April 2016), VALVE WORLD EXPO (29. November to 1. December 2016), the Pump Summit (29. to 30. November 2016) as well as the International Thermprocess Summit ITPS (27. to 28. June 2017). Kehrer explains: “Messe Düsseldorf’s global focus led last year to the organisational concentration of all the events held by Messe Düsseldorf around the world, including the leading trade fairs that take place in Düsseldorf. Since all 30 trade fairs are now part of the same portfolio, we can exploit the synergy benefits and the team’s know-how more effectively.” The portfolio is being strengthened by the appointment of two additional Deputy Directors (Gerrit Nawracala and Daniel Ryfisch), who – together with their project teams – are responsible for organisation and implementation.

The four trade fairs produced exceptionally good results when they were held most recently: 78,000 visitors from more than 120 different countries came to Düsseldorf for GIFA, METEC, THERMPROCESS and NEWCAST to experience what the 2,214 exhibitors had to offer from 16. to 20. June 2015. The atmosphere in the halls was excellent: the trade visitors were extremely impressed by the presentation of complete plants and machines and even placed numerous orders. The exhibitors were delighted about the business transactions concluded with customers from all over the world. The trade fairs were once again considerably more international than at the previous event, with 56 per cent of the visitors and 51 per cent of the exhibitors coming from outside Germany this time.

GIFA, METEC, THERMPROCESS and NEWCAST are separate trade fairs that stand in each case for themselves and their markets, but only present a complete picture of the “Bright World of Metals” together. The range presented at GIFA covers the entire market for foundry plants and equipment, die-casting machines and melting operations. The major plant manufacturers are a key feature of METEC. Exhibitors there are in particular suppliers of plant and equipment for iron making, steel making and non-ferrous metal production and for casting and pouring molten steel as well as rolling and steel mills. Industrial furnaces, industrial heat treatment plants and thermal processes are the main emphases of the exhibits at THERMPROCESS. NEWCAST concentrates on the presentation of castings.