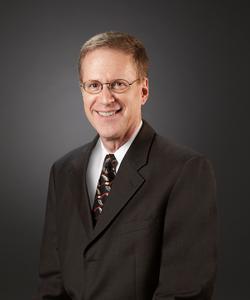 (PresseBox) ( Füssen, 16-01-27 )
The American Foundry Society (AFS) is pleased to announce it has hired Doug Kurkul to be its new CEO effective May 1, following a period of transition with current CEO Jerry Call. In 2015, Call announced he would be retiring on June 30, 2016.

“We believe Kurkul is a tremendous fit for AFS and what it plans for the future,” said Bruce Dienst, AFS President and president and CEO of Simpson Technologies Corp. “He is well-equipped to take our organization into a new phase of service to our membership.

“On behalf of the AFS Board, I would like to thank Jerry for his years of dedicated service to the society and the metalcasting industry,” Dienst continued. “Under his leadership, AFS has thrived as an influential innovator, advocate for the industry and key source of metalcasting education.”

Kurkul has enjoyed a 30-year career as a leader, advocate and communicator on behalf of American manufacturing and economic vitality. In recent years, he has served as president or CEO of business advocacy groups in Reno, Nevada (Reno-Sparks Chamber of Commerce); Round Rock, Texas (Round Rock Chamber & Economic Development Partnership); and Dallas, Texas (Printing & Imaging Association of MidAmerica). For 20 years of his career, Kurkul served in a variety of capacities with the National Association of Manufacturers, culminating in his role as vice president for member communications & marketing and editor of Leadership for Manufacturers magazine.

“AFS is respected for its innovative programs and superb member service,” Kurkul said. “I look forward to building on that record of achievement and to serving this vitally important industry.”

The American Foundry Society is a not-for-profit organization formed in 1896. With its headquarters in Schaumburg, Ill., AFS provides members and consumers with information and services to promote and strengthen the metalcasting industry.