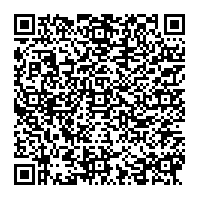 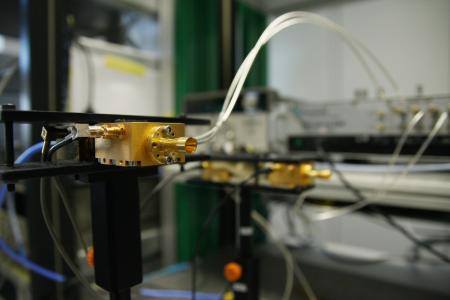 (PresseBox) ( Berlin, 19-05-28 )
The Fraunhofer Heinrich Hertz Institute HHI develops next-generation wireless transmission systems (Beyond 5G) based on Terahertz (THz) technologies. The THz technology supports significantly higher data transmission rates than current 4G and 5G mobile wireless technologies. Researchers of the department Photonic Networks and Systems, in collaboration with the Fraunhofer Institute for Applied Solid State Physics IAF, have succeeded in transmitting a 4K video in real-time over a wireless THz link. This was the first time this technology was successfully realized in a real-time experiment. A wireless transmission capacity of 100 Gbit/s was demonstrated over the THz link.

Requirements placed on transmission capacities in communication networks are continuously growing, driven by new applications such as Industry 4.0, autonomous driving, AI-based cloud/edge computing, eHealth, Smart Cities and Virtual/Augmented Reality. Today it is already evident that the next generation of mobile wireless technology (5G) and the underlying fiber optical network will not be able to cover requirements indefinitely. Bottlenecks will be unavoidable, especially in rural areas where the cost of installing fiber optical networks is significantly higher than in metropolitan areas. Fraunhofer HHI, as one of the world's leading research institutes in the development of innovative telecommunication systems, is therefore conducting intensive research into Terahertz technology as a possible solution. These technologies are based on wireless transmission of data at high carrier frequencies and thus support transmission capacities of several 100 Gbit/s. This means increasing transmission capacities by five to ten times the levels of existing wireless technologies. Terahertz transmission uses frequencies well above the 4G LTE/5G mobile wireless frequencies and is thus the ideal complement to existing technologies.

The Fraunhofer HHI researchers have been able to succeed in demonstrating real-time operation of Terahertz data transmission with a high data rate for the first time. A 4K video was transmitted in real-time between two computers via a wireless Terahertz link, achieving a data rate of 100 Gbit/s in real-time operations, even over longer periods of time. Dr.-Ing. Robert Elschner, head of internal Terahertz research activities at the Fraunhofer HHI Photonic Networks and Systems department, explains: "We were able to achieve stable, continuous operation of the system for more than 70 hours. This is a significant milestone for wireless Terahertz technology." The components at the heart of the transmission system are fast, III-V semiconductor-based integrated circuits from Fraunhofer IAF, as well as a high-performance Terahertz modem from Fraunhofer HHI. The transmission used a carrier frequency of 300 GHz across a distance of 60 cm. Dr. rer. nat. Colja Schubert, head of the responsible research group "Submarine and Core Systems" at Fraunhofer HHI, is confident that the rate and distance of transmission can be increased even further: "It should be possible to realize data rates of 400 Gbit/s and more over short distances. Using optimized antennas we'll be able to span distances of up to 1 km."