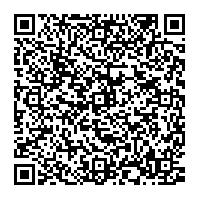 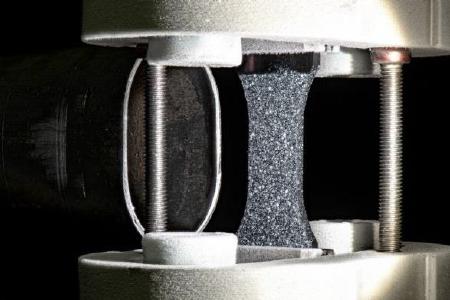 (PresseBox) ( Darmstadt (Germany), 20-07-28 )
Plastics behave dependent on temperature and strain rate. When designing components, it is therefore important to know the behavior of the plastic used, not only under laboratory conditions, but also under the subsequent conditions of use. The entire spectrum of possible temperatures must be considered. To this end, scientists at the Fraunhofer Institute for Structural Durability and System Reliability LBF have expanded the dynamic possibilities at the institute's own modified high-speed testing machine with a device that enables plastics to be examined even at low temperatures – validated down to -40 degrees Celsius -– without a thermal chamber.

With the new device, the Fraunhofer LBF scientific team will be able to investigate plastic properties even at temperatures below room temperature. In addition, they measure the strain optically with DIC/GSC (Digital Image Correlation/Greyscale Correlation) and thus determine a 2D strain field on the specimen, from which the longitudinal and transverse strains are derived. The research team generates the low temperatures with compressed air cooled by liquid nitrogen, with the sample standing in the flow of this air. A thermal camera monitors the temperature over a large area, and the team starts the measurement as soon as the desired temperature is reached. The advantage of mixing compressed air and nitrogen is that the compressed air is dry and only a few ice crystals form on the sample surface. In addition, the gas mixture from the cold reservoir ensures a more constant temperature of the air flow than when nitrogen is applied directly.

From granulate bag to material card, everything in one hand

The cooling device developed at Fraunhofer LBF consists of a controller and switching element, a cold reservoir, a nitrogen tank and a supply line to the sample. The omission of a thermal chamber offers the advantage that there is no pane between the camera and the sample, which could tarnish or freeze or form air vortices when the pane is heated. This not only benefits DIC and thus the results, but also allows flexible testing of different component sizes and different load types. The researchers have successfully put the cooling unit into operation.

With the new cooling device, the Fraunhofer LBF completes its competencies in the application-relevant temperature range. Within this spectrum, not only can the investigations themselves be carried out, but it is also possible to use the experience available at the institute to implement the entire process from the delivery of a granulate bag to the validated material card from a single source. This means that the processing and testing conditions are precisely known. Preferably, the LBF team of scientists produces plates from the supplied granulate, from which they then mill various test specimens at any angle. Material cards are created from the data obtained. For validation and investigation of morphological influences, a microcomputer tomograph is available to determine fiber orientations.

With these investigations, the Darmstadt institute supports numerous industries in the design of application-safe plastic components. These include, for example, the automotive industry, automotive suppliers, the aerospace industry and raw materials manufacturers through to consumer products such as sporting goods, garden tools or electrical hand tools for professionals or hobby users.

Fraunhofer LBF in Darmstadt has stood for the safety and reliability of lightweight structures for more than 80 years. Today, with its expertise in the areas of structural durability, system reliability, vibration technology and polymer technology, the Institute provides solutions for three of the most important cross-cutting issues of the future: lightweight design, functional integration and cyberphysical mechanical engineering systems. The focus here is on solutions to social challenges such as resource efficiency and emission reduction as well as future mobility, like e-mobility and autonomous, networked driving. Comprehensive skills ranging from data acquisition in real operational field use to data analysis and data interpretation, in addition to deriving specific measures to design and improve material, component and system properties form the basis for this. Customers come from automotive and commercial vehicle construction, railway transport engineering, shipbuilding, aviation, machine and plant construction, power engineering, electrical engineering, medical engineering and the chemical industry. They benefit from the proven expertise of about 400 employees and cutting-edge technology accommodated in more than 17,900 square meters of laboratory and experimental space.