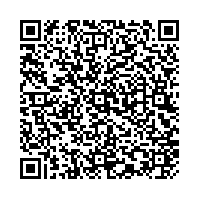 Twitter for crisis communication: Study shows benefits for the police

Subscribe to news
(PresseBox) ( Sankt Augustin, 13-04-30 )
A study, currently presented in Paris at the international conference CHI 2013, shows how the police can use social media in crisis in order to promptly communicate with affected residents. Scientists at the Fraunhofer Institute for Applied Information Technology FIT, the Rotterdam School of Management and the COT Institute in The Hague analyzed 6672 Twitter messages exchanged between the population and the police during the riots in the summer of 2011.

Many remember the riots in London and other British cities in the summer of 2011. Photos of marauding youths, broken shop windows and burning buildings went around the world. Five people died and more than 200 were injured. The damage amounted to more than 200 million pounds. During the crisis, social media became a subject of public debate, as offenders took advantage of these media to organize themselves. Officials even discussed the possibility to shutdown twitter. There was, however, also another form of social media use during the riots: British police forces actively used Twitter to communicate with the public.

The analysis of Twitter communication of police forces in London and Manchester during, before and after the riots shows that authorities can benefit from adopting social media: The police succeeded in both cities to provide information to the population promptly and directly. They fought rumors, corrected false reports and were able to ask the population for help.

"The study also makes different strategies of the police visible and shows how they use social media for crisis communication. The London police authorities communicated slower and in formal language. In Manchester, the police responded directly to citizens’ questions and communicated closer to the citizens," says Dr. Sebastian Denef of Fraunhofer FIT. Figures reflect the success. During the riots the number of Twitter followers of the Manchester police skyrocketed from 20,000 to 100,000.

Despite the positive outcomes, this type of communication via social media is not without challenges. Although the fast, direct communication has potential for intensive communication, it also poses the risk of choosing the wrong tone and publishing information hastily.

The entire study can be downloaded for free:
www.fit.fraunhofer.de/... 20v90.pdf

The study was carried out in the context of the COMPOSITE project (Comparative Policy Studies in the EU). More information: www.composite-project.eu.