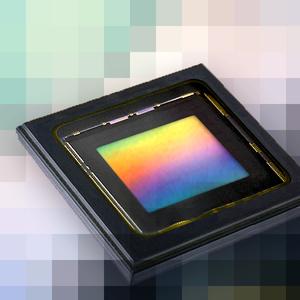 (PresseBox) ( Taufkirchen, 16-03-31 )
Continuing the trend started with IMX174 and IMX249, Sony releases the first variants of the 2nd-generation Pregius IMX250 and IMX252 – the IMX264 and IMX265 – with functionality targeted but not limited to the intelligent traffic surveillance market.

The two sensors have the same resolution as their predecessors – 3.2 and 5MP – but the major difference lies in the reduced frame rate. The IMX264 can deliver only 35.7fps instead of 89.5fps (@12bpp), while the IMX265 delivers 55.6fps instead of the 118.5fps (@12bpp) of IMX252. The reason for this is the fixed number of four data channels that can be used in the new sensors.

As these new sensors share the same pixel structure, pixel size and sensor format as their faster predecessors, the key parameters like sensitivity, dynamic range, low dark noise and good NIR sensitivity are exactly the same for all four sensors.

Sony reduced not only the speed of the new sensors, but also downgraded a few other features: only one ROI window is supported (instead of 64 windows for IMX250 and IMX252), the pixel depth ADC is limited to 12bits per pixel and binning is not supported.

The sensors are pin compatible, which makes it very easy for camera manufacturers to extend their portfolio with high-end and low-end, high-priced and low-priced camera models. They also support the same features as variable-speed shutter functions, various readout modes and external trigger modes.

The monochrome versions, IMX264LLR and IMX265LLR are already in mass production. The colour versions IMX264LQR and IMX265LQR will also go into mass production in April 2016, but they can already be evaluated as engineering samples now.

Of course, with reduced functionality comes also a reduced price. The new sensors are almost half the price of IMX250 and IMX252. This makes IMX265 and IMX264 sensors a very good choice, with perfect price/performance ratio, for applications where excellent global shutter sensors are needed but high-speed output is not an important criterion.

About FRAMOS:
“Teaching machines to see” is what drives us. For FRAMOS, image processing is not just a technical discipline, but a fascination, the future and our mission all at the same time. Since 1981 FRAMOS is a leading technology provider in industrial, scientific and medical image processing. Headquartered in Munich and with 4 subsidiaries worldwide we enable manufacturers, system integrators and researchers to benefit from imaging technologies. Our team of approximately 85 associates offers a fully comprehensive portfolio of imaging components, technical consulting and support. Thanks to many years of experience in the industry, we offer engineering services for custom camera development as well as complete turn-key-solutions. We are proud of our participation in a revolutionary technology. The spirit of innovation and development of our early days has remained at the heart of our company.
www.framos.com