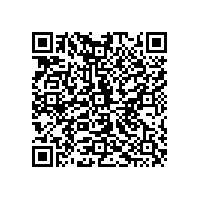 More Sustainability due to Vision-based Recycling

Thanks to the LED strobe controllers from SMARTEK Vision and project support by FRAMOS, Refind was able to double the throughput of its machine. 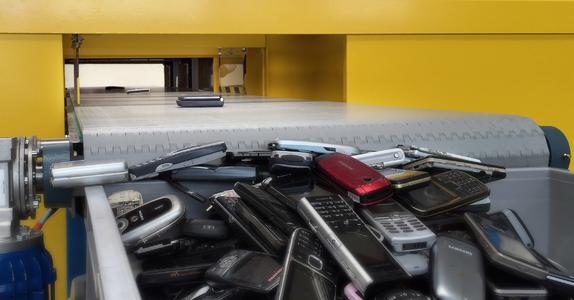 (PresseBox) ( Taufkirchen, 15-09-01 )
Refind Technologies develops systems that automatically sort electronic waste and thus ensure greater sustainability. A sophisticated image processing system which has access to millions of reference images, is responsible for the recognition of the respective objects. Thanks to the LED strobe controllers from SMARTEK Vision and project support by FRAMOS, Refind was able to double the throughput of its machine.

The idea that cameras and image processing systems can be used to sort electronic waste already came to the core team of the Swedish start-up whilst at university. The basic premise behind it was to quantify the value of the waste before it is even recycled; perfect for recycling management with its slim profit margins. ‘But the actual implementation in the industry proved much more difficult. The batteries aren't lying on the table under laboratory conditions; rather, they come in highly diverse angles and conditions’, says Farshid J. Harandi, head of mechatronics at Refind, explaining the challenges. A lot of research and development was necessary to complete the first model of the ‘Optical Battery Sorter’, which currently sorts eight batteries per second. The company from Göteborg, with six employees, is now generating around half a million euros in turnover annually, and it is the sole solutions provider.

Yet Refind did not relax after the initial successes, but instead developed an Electronic Waste Sorter by the name of E-Grader, and a faster version of the Battery Sorter. Around 140 million mobile phones leave the market annually, in US alone. This led the Swedes to expand their portfolio around the E-Grader, with which small electronic devices. Valuable resources are built into the small devices, such as gold, copper and certain plastics. Around 750g of gold can be found in a metric ton of mobile phones. However, determining where the best returns can be achieved when recycling en masse, is difficult to do manually. For example, certain models can be sold in emergent markets. ‘Here's where we come into play, because we can say exactly what's contained within a mobile phone and how much it may still be worth in another market. Then it can be sold at a completely different price than could be achieved by recycling’, the head of mechatronics explains.

The technology and algorithms behind the Refind systems are elaborate; the centrepiece is the image recognition and processing for controlling the machine in the sorting process. Batteries, for example, can come in many different of forms; for torches, fire alarms or toys. Batteries can lie in the most diverse angles in the spectrum of 360 degrees; sometimes they are damaged or contaminated. No wonder that sorting is not a matter of child's play. ‘We have to be able to say what we're dealing with, with just this one glance. We have information about 2,500 types of battery and over two million images in the database’, says Harandi, describing the process.

Light is especially decisive for automatically recognising objects. If one wants to measure the size of an object, the edges cannot be easily seen when the light exposure time is too short; only more light and contrast ensure better images. Furthermore, constant reproducibility is very important. The challenge is not just being extremely accurate in image processing, but at the same time managing with a short light exposure time on the object. LED light is particularly suited for this. For the first version of the Battery Sorter, Refind applied its own lighting control with a maximum of 48 volts and different LED drivers. They wanted to upgrade the mechanical system for the second version, in order to achieve a higher throughput of batteries.

‘There was congestion with the old lighting control system, because when there were more batteries, there was less light exposure time. Therefore, we needed a stronger light‘, Farshid Harandi reports. The head of mechatronics browsed the market and, in doing so, came across the LED Strobe Controller IPSC2 from SMARTEK Vision, which, with its two channels, is the only device that operates with high-voltage pulses of up to 200 volts. ‘We can strobe the light with four times the intensity, using the SMARTEK strobe controller and, at 20 batteries per second, can now sort twice as many as before. We ourselves were astonished at this improvement. We could, among other things, put forward our next-generation product, thanks to the higher brightness’, says Harandi. The new machines sort half a million batteries per day, equating to a minimum of 600kg per hour. The IPSC2 Controller actually even makes it possible to sort one metric ton per hour. However, this capacity is used to re-image problematic batteries. The clients are highly satisfied with this solution.

Farshid Harandi cites the SMARKTEK strobe controller's robustness and resilience as a further important reason for the decision: ‘I put the device to the test under very difficult conditions, with harsh temperature differences, freezing and switching on and off rapidly: the light quality was always there’. As a great bonus point of the IPSC2 Controller, Harandi also cites the interface with extensive control options for the user. ‘If there was a limitation somewhere on the controller, you would be able to see it. What was also important for us was that the voltage could be changed, and that this function is not hidden, as with other controllers’, says the expert.

The team from Göteborg must always know what is taking place in the control system, because they always need the exact same light conditions. An important component is the capacitor: a very quick battery with which the energy can be extracted slowly or quickly, as required, and can be led into different channels. There is a maximum amount of energy that is usable for this: an important value that determines whether an application can be implemented.
"The support of SMARTEK's distributor, the image processing specialists FRAMOS, exceeded our expectations by far: to always reproduce constant conditions, FRAMOS provided us measurement data about energy consumption and heat dissipation," says Harandi.

Refind wanted to know this exactly and questioned SMARTEK Vision's Distributor, the image processing specialist FRAMOS, very specifically: ‘The support exceeded our expectations by far: FRAMOS provided us with Excel sheets, for example, in which we could calculate energy consumption and heat dissipation’, Harandi recounts.

The speed limits of camera sensors are always increasing, the bandwidth is increasing and interfaces are changing; everything else has to adapt. The use of LED strobe controllers is no longer an exception, as it used to be, but the rule, because they supply more light and enable more rapid, better decisions.

Refind uses the IPSC Controllers to correct discrepancies in the image processing system comprising cameras, sensors and sources of light in new machines. This fine-tuning is especially important to the team from Göteborg. Because of the good experiences the LED flash controllers from SMARTEK Vision are now also installed in the new Electronic Waste Sorter.

For FRAMOS, image processing is not just a technical discipline, but a fascination, the future and our mission all at the same time. Since 1981 FRAMOS is a leading technology provider in industrial, scientific and medical image processing. Headquartered in Munich and with 5 subsidiaries worldwide we enable manufacturers, system integrators and researchers to benefit from imaging technologies. Our team of approximately 80 associates offers a fully comprehensive portfolio of imaging components, technical consulting and support. Thanks to many years of experience in the industry, we offer engineering services for custom camera development as well as complete turn-key-solutions. We are proud of our participation in a revolutionary technology. The spirit of innovation and development of our early days has remained at the heart of our company.