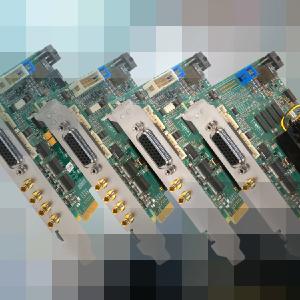 (PresseBox) ( Taufkirchen, 16-06-15 )
In recent years, powerful smartphones and tablets have become increasingly widespread. Most people have become used to impressive interfaces with animations and graphic effects, playing full HD videos with no slowdowns and recording high-resolution videos that can be compressed with very little loss of detail. All of these tasks can be performed by small and relatively cheap devices as a result of the introduction of more and more powerful GPUs (graphics processing units) which have been developed specifically for the purpose of graphical transformation.

Why is the machine vision industry not exploiting the potential of GPUs?

Many third party libraries in the machine vision sector are taking advantage of the additional computing power offered by GPUs to speed up the execution of some image processing algorithms. The main issue is to guarantee the lowest possible latency from the moment when the image is acquired to the availability of the image for processing in the GPU memory. This requires the image to be copied from the host PC into the GPU memory, which uses a small amount of CPU time. With AMD's DirectGMA, the Coaxlink cards from Euresys allow graphic memory to be exposed to any device.

The machine vision market is moving towards a completely new approach. The availability of the image directly in the GPU memory in combination with very high-resolution, high-speed cameras will open up new frontiers for high-end applications.

The Euresys CoaXPress frame grabbers include the latest PCIe technology. They are based on the PCIe 3.0 (Gen 3) x4 bus that can achieve a sustained bus bandwidth of 3300 MB/s. These frame grabbers provide the highest data acquisition rate in the industry, which allows for bandwidth of 25 Gbit/s (2500 MB/s) from the camera to the host PC memory and, thanks to AMD's DirectGMA technology, directly to the GPU memory. The accessibility of the GPU memory eliminates unnecessary system memory copies, dramatically lowers CPU overheads and reduces latency, resulting in significant performance improvements in data transfer times for applications that use the AMD FirePro W5x00 (and above) and for all AMD FirePro S series products.

Market trends indicate that customers are only interested in higher resolutions if they are supported by higher speeds. Only a few years ago, 5Mpx cameras were referred to as high resolution, but nowadays many applications require 12, 16 or even 25Mpx and have acquisition frame rates that have risen from a few frames per second to 80 fps with full resolution and a CoaXPress interface. This means that for many applications which require heavy image processing and analysis, the bottleneck has now moved to the host CPU. A single PC, even a high-end or multi-CPU machine, may not be powerful enough to keep pace with these data rates.

The aim of the AMD direct graphic memory access technology is to make image data available for most of the image processing that can be performed in the CPU instead of the graphics card. This is the first step towards the development of a full machine vision system where all the image processing takes place inside the GPU. The result will be a significant improvement in the elaboration time and an increase in the amount of data that can be processed, which will allow tasks to be performed in real time.

"Teaching machines to see" is what drives us. For FRAMOS, image processing is not just a technical discipline, but a fascination, the future and our mission all at the same time. Since 1981 FRAMOS is a leading technology provider in industrial, scientific and medical image processing. Headquartered in Munich and with 4 subsidiaries worldwide we enable manufacturers, system integrators and researchers to benefit from imaging technologies. Our team of approximately 85 associates offers a fully comprehensive portfolio of imaging components, technical consulting and support. Thanks to many years of experience in the industry, we offer engineering services for custom camera development as well as complete turn-key-solutions. We are proud of our participation in a revolutionary technology. The spirit of innovation and development of our early days has remained at the heart of our company.