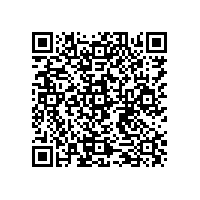 Over 400.000 free registered Hotspots around the world for the Community 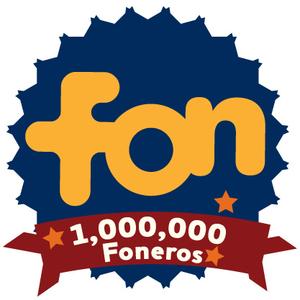 (PresseBox) ( Madrid, Spain, 08-09-11 )
The revolutionary idea of a user-generated WiFi network has entered a new stage. More than one million members have joined FON so far and form the by far largest WiFi Community in the world. The global appearance in over 150 countries and the several high-profile co-operations with top partners have boosted the grassroots movement to reach these high numbers in such a fast pace. A big thank you to our fantastic Community!

The concept of FON is based on the idea that anybody with a broadband subscription can join FON simply by purchasing a FON router. The FON router, available under www.fon.com and in leading consumer electronics stores, enables FON members to share their internet connection securely with the Community and roam on all FON WiFi Hotspots for free in return.

Since the early days of FON, leading telecommunication companies around the globe have teamed up with FON to spread the WiFi movement. British Telecom in the United Kingdom, Neuf Cegetel in France, Comstar in Russia, and ZON in Portugal are amongst the FON partners that have enabled their broadband subscribers to become part of the FON movement by simply activating the FON sharing functionality on their home ISP WiFi Box.

The combination of the viral growth and partnerships allowed FON to achieve over 400.000 FON WiFi Hotspots throughout the world making it the biggest international WiFi Community. One million FON subscribers is a very important milestone for FON, marking the huge interest in WiFi sharing within internet users all over the world.

The one millionth member is from Japan and states “I am extremely honored to be the memorable one millionth to register as a FON member. The reason why I joined FON is because I appreciate and agree with FON’s concept of building a global free WiFi network! I am proud to be a member of this wonderful Community whereby each individual makes a small contribution to create a huge merit for all participating members.”

Japan is a very important and fast growing market for FON, not surprising since the country is leading in many technology innovations. Also, just recently FON announced collaborations with Sony PSP and Sony Mylo in Japan in the sphere of WiFi.

Martin Varsavsky, Founder and CEO of FON, is very proud of this rapid growth. “When we started less than three years ago, some people were skeptical about the future of WiFi and the concept of sharing. Now everybody talks about WiFi and uses it. Even Apple’s 3G iPhone makes you download from iTunes via WiFi. The best wireless proposition is one in which light applications are used over 3G and heavy apps such as music, TV, videos, movies, games, etc. communicate over WiFi. That is what one million people have realized!”

FON is the world’s largest WiFi Community. FON’s mission is to stimulate the growth of WiFi around the world by creating a global Community of “Foneros”. FON’s La Fonera routers have been designed to enable Foneros to share their home Internet access in a completely secure manner. Founded in February 2006 in Madrid, Spain, FON investors include Google, Ebay, British Telecom, Index Ventures, Sequoia Capital, Coral Capital Management and Excite Japan. Currently FON has over 1 million registered members in Europe, Asia and America.
For more information, visit www.fon.com