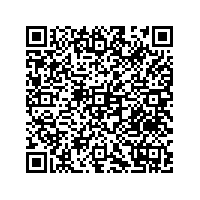 (PresseBox) ( Concon, Chile, 08-09-02 )
MAN Ferrostaal has completed the construction of a refinery plant for the Chilean state oil company Empresa Nacional del Petróleo (ENAP), in association with two Spanish engineering firms - Foster Wheeler Iberia and Tecnicas Reunidas. The refinery plant, a so-called "delayed coker", refines 20,000 barrels of heavy crude oil and refinery residue to high quality fuels such as low-sulphur diesel, petrol and liquefied petroleum (LPG) per day. The investment volume comes to around 430 million US Dollars. The refinery plant is part of an environmental concept developed by the Chilean government aimed at reducing the amount of traffic-related emissions. The financing concept for the refinery plant, which was arranged by the project company ENERCON, was awarded the "Latin America Deal of the Year 2005" by "Project Finance International" (PFI), an international trade publication.

In conjunction with its partners, MAN Ferrostaal was responsible for the engineering, procurement and construction (EPC) of the plant and facilitated its financing with ENAP by virtue of a tailor-made concept. At the local level, construction and assembly work was carried out by DSD Chile, a subsidiary of MAN Ferrostaal.

ENERCON is the project company which was set up by ENAP, Foster Wheeler Iberia, Tecnicas Reunidas and MAN Ferrostaal for the construction and operation of the refinery plant. These companies are owners and operators of the plant. The production capacity is placed at the disposal of ENAP, the end user, for a period of 20 years. (see graph).

ENAP is the largest supplier of crude-oil products in Chile and main supplier to the Santiago region. With the new refinery plant in the ENAP Refinery Aconcagua (ERA), the company is increasing the production of diesel by 16%, liquid petroleum by 15% and petrol by 6%. It will produce low-sulphur diesel with very low particle density and thus make a contribution towards reducing traffic-related harmful emissions. Thanks to its strategically-favourable location near the capital Santiago de Chile and the seaport of Valparaiso, heavy crude oil and refinery residue can also be imported cost-effectively from neighbouring countries such as Brazil, Colombia and Ecuador. Moreover, ERA's increased refinery margin will help to stabilise Chile's energy market.

MAN Ferrostaal and ENAP have already been working successfully together since the year 2000 on various petrochemical plants of similar structure. These include a diisopropyl ether plant, two sulphur recovery plants and a mild hydro cracking complex (MHC).

Environmental protection in Chile
The protection of the environment has been written into the Chilean constitution since 1980. Effective measures were taken in 1989 after the regime change and the introduction of democracy which followed the presidential elections. The country had serious environmental problems at this time: water, coastal and air pollution, waste disposal, overfishing, deforestation and excessive traffic, particularly in Santiago. CONAMA (Comisión Nacional de Medio Ambiente), the state environment commission, was set up in June 1990 and drafted an environmental protection framework law in March 1994. Among other things, this law includes the prevention principle i.e. preventing damage to the environment is to take precedence over having to deal with damage once it has occurred. All new domestic and international investment projects are required to pass an environmental-impact test. Only projects which satisfy the standards in place receive approval and can be carried out. An environmental-impact study was therefore one of the components of project development for the refinery plant in ENAP Refinery Aconcagua. This resulted from the fact that, in addition to the production of lower-sulphur diesel, the construction had to meet the relevant environmental requirements of the Chilean government.

Higher quality from delayed coker
A coker is a refinery plant for transforming very heavy hydrocarbon molecules into lighter products. The delayed coker process involves transforming oil sludge and other semifluid residues which are by-products of vacuum distillation (a particular step in the crude oil-refinery process) into usable materials such as LPG, gas, naphta, diesel and petroleum coke. This is achieved by rapidly heating the residues to around 540°C before pouring them into special containers (coke drums). Petroleum coke is a solid raw material which can be burned in power plants to produce energy or, depending on its quality, can be used in the aluminium industry for anode production.

MAN Ferrostaal is a worldwide supplier of industrial services for the construction of large-scale industrial plants and machine supply. As a general contractor for plant construction, the company offers project development, project management and financing solutions for turnkey plants in the areas of solar thermal power plants as well as biofuels, petrochemical and industrial plants. In cooperation with manufacturers of machines and production lines, MAN Ferrostaal offers sales and services in the areas of automotive industries, print and packaging, piping and ships. With 4,200 employees MAN Ferrostaal is represented in more than 60 countries. The company achieved a turnover of EUR 1.4 billion in 2007.

MAN Ferrostaal: Changes in the Supervisory and Executive Board