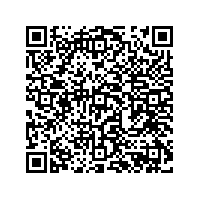 The most valuable assistant of the explosive officer 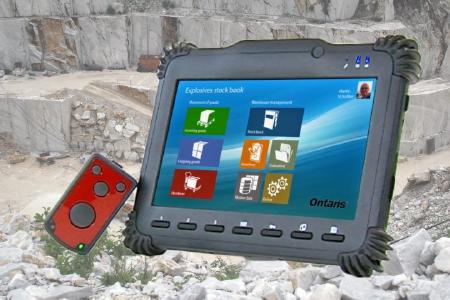 (PresseBox) ( Köln, 15-06-15 )
From April 2015 it applies that industrially used explosives have to be completely traceable from the point of production up to the point of its application. These are dictated by the new European directives which become legally effective by then. So that the German explosive officer in stone quarries and pits won’t be busted for mistakes in the documentation, Ontaris developed a digital stock book in cooperation with PANMOBILs powerlineECCO+, with which the explosive tracking is done automatically, it’s simple and safe.


Profession explosive officer: Not everyone is allowed to do that

In the explosives field you simply have to forget everything you learned about caution in the other profession fields. In no other working environment as much precision is asked as to prevent attacks, terrorism and other abuses. When you are the responsible one for all the explosives in a company, you have to awkwardly accurate keep record of all the explosives that have been delivered and used. The authorities closely monitor you: If only one fuse gets lost, you should immediately report yourself to the authorities for you own safety and instantly go ahead and look for the fuse and find out what happen to it. “Working ethics like: Oh I am missing a fuse! Well that isn’t too bad, I am just going to write down one less on my documentations list! These ethics will bring you directly into the prison” explains Martin Schüssler from the Ontaris GmbH & Co.KG. Because of this the people, who are entitled to work with explosives are strictly inspected. They have to fulfill certain criteria to be able to get a explosives certificate: among others a clean Criminal Records Bureau check, a sufficient age is required, you should have a family and not live in a divorce-because then you could be susceptible for someone who gives you 3000 Euro for example for one or the other small favor. Companies must therefore be able to rely 100% on their explosives officers and trust their guts. The documentation systems that support them must be just as safe and reliable, so that no mistakes happen. However, that wasn’t quite as easy until today…

Delivery of explosive materials in the stone quarry

Did you ever manage a driver’s logbook? You have to imagine that the documentation of explosives worked out similarly until today: A safety relevant documentation which takes place on paper only. Because at the working places of the explosives officers like dark tunnels or in dusty gravel pits, you hardly find computers or electricity. The explosives officers of establishments keep a written explosive stock record, in which they enter their stock receipts and their usage, along the lines: today I received 2.5 tons of explosives and used 1.25 tons, gave out so many fuses to the employees. A meticulous, error-prone, time consuming accounting on paper and in handwriting. At the same time the book needs to be exact. If the explosives officers realize transposed digits or miscalculations on the daily stock close, they have to start looking and go through everything and definitely locate the mistake. For the explosives officer the documentation through the new digital stock book from Ontaris is an enormous step towards certainty. And above all, it is much faster: whenever the explosives officer prepare an explosion, they now scan with the powerlineECCO+ from PANMOBIL 15 barcodes, and the whole accounting happens automatically on the tablet and in the background. In comparison the accounting of an explosion with 1-2 tons explosives and approximately 1000 fuses would take about an hour by handwriting. The same accounting with stock receipts, bookings of consumptions, including the confirmation of the unused explosives now take about 7 minutes with the new digital explosive book. But how does the new digital explosives stock book with 2D barcodes actually work?

The digital explosives Logbook: a self-sufficient and reliable documentation system

Through the new European directives every fuse, every individual explosives element has an explicit labeling. They have a printed 2D barcode, a DataMatrix-Code type “ECC 200”, which have been agreed to throughout Europe. Therefore every part is traceable to its origin. An explosives delivery for a regular stone quarry includes approximately 2000-3000 individual items. Since the respective explosives officers cannot scan all the items individually by that amount of delivery, these data are transmitted via a XML supplier file. Simply explained: the producer packages his individual cartridges and fuses, puts a label on it and with a XML file on an USB stick this delivery arrives at the explosives officer. The file on the USB stick belongs to the corresponding delivery slip and contains in hierarchical form all serial numbers and individual units of the delivery. The explosives officer downloads the delivery slip to the stock book tablet from the USB stick when the stock arrives, there in a textual form he can see what he just received and he can accurately keep record of the materials he received for his stock receipts. To check the delivery he randomly scans the products with the barcode scanner. When he captures a 2D barcode on the product with the powerlineECCO+, the scanner transfers the code via Bluetooth directly to the digital logbook. The tablet immediately shows if this barcode is included in the delivery and fulfills therefore the statutory documentation. When the explosives officer gives out materials to the employees, who for example want to detonate a hole in a tunnel, he has to enter the name of the responsible one, who receives the material into the logbook. In the “paper times” these ones had to sign their names on paper to receive the material. Because that doesn’t work with the tablet and the authorities don’t accept a digital signature, the Ontaris experts created special explosive authorization IDs with which this authorization procedure result safer and faster. The authorization IDs also contain a printed DataMatrix-Code, which identifies its holder precisely. Before handing out the material it is been additionally scanned and saved. After the explosion is done and there are still left over materials like unused fuses, these will be also captured at the point of returning them and land in the logbook for documentation purposes. A reliable fact, which can be used by everyone through its easy handling without any big training.

“The easy solution, the easy handling and the fast learning is what we like very much” reports explosives officer Wolfram Lisker. “With the scanner and the tablet we reduced the error rate down to almost zero!”

But not only the internal values convinced: because it can get really loud during explosions understandably, the powerlineECCO+ is equipped with a vibration feedback, so that the user realize when the barcode is captured successfully. Besides the high safety class IP64 of the powerlineECCOs is strictly necessary in the application environments of the explosives officers. There exist temperatures of –20 degrees to +50 degrees. In winter in the snow or in summer when the scanner is in the vehicle in the blazing sun, it still functions perfectly. And it could happen that the scanner falls down, while inspecting a explosion area. When it’s wet the particular matter in the tunnels turn into mud and slumps. The scanner needs to be able to be wiped when it’s wet.

” And that works out perfectly with the ECCO so far” thinks Martin Schüssler, the father of the explosion stock book. "What’s really pleasant and perceived positively by everyone is the shape factor, that the scanner doesn’t interfere. I can just put it in my pocket, when I need my hands, and I am able to scan in the corner. The lineup label is still easy to capture, even though to pallets are tightly next to each other. The Bluetooth transferring possibilities that it has we scanned that in a warehouse, that had been seven meters distance between the tablet and the scanner and in between there were two thick concrete walls, even that worked out perfectly. But the most important reason why we went for the scanner is: because it is so simple. Because many people that need to work with this system are 50+, thy worked rarely with a computer and have relatively thick finger. They are thankful for devices, which are equipped with thick buttons. The explosive area is a craft industry and there the device need to fit the requirements. And that it does!”

PANMOBILs mobile data capturing devices are iOS and Android certificated and control the barcode area (1D+2D) via laser or its own camera reading system and also RFID(LF,HF and UHF) using its own decoder technology.

PANMOBILs EMMware with SCOUTtechnology terminates mistakes while transferring Barcode/RFID data to the aims ERP system. The embedded Middleware transfers the data completely automatic without any user intervention. Expenses for hotline, installation and maintenance belong to the past.

Recommend The most valuable assistant of the explosive officer press release