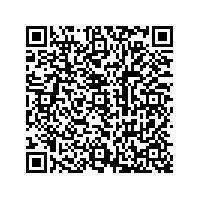 Great Atmosphere at Leading Trade Fair for Cleaning in Production and Maintenance in Stuttgart, Germany 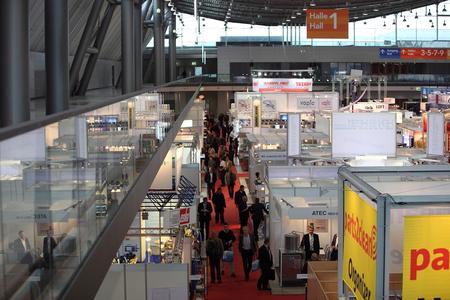 (PresseBox) ( Neuffen, 10-10-25 )
Companies are once again investing in cleaning technology – a large majority of the 220 exhibitors at the 8th parts2clean arrived at this conclusion. 4046 visitors from 36 countries came to the Leading International Trade Fair for Cleaning in Production and Maintenance Processes at the Stuttgart Exhibition Centre with concrete problems and buying plans. Due to great demand for information which was substantiated by record breaking participation at the expert´s forum held in German, 1719 visitors took advantage of the opportunity to expand their knowledge covering all aspects of industrial cleaning.

“parts2clean 2010 went extremely well for us. The trade fair has revealed that projects which were being discussed two or three years ago and were filed away that time due to the economic crisis, are now being seriously pursued again. Another positive aspect is that only visitors who are looking for solutions to concrete cleaning problems come to the event. But we were nevertheless surprised that we were able to sell a system to a company in Israel directly at the trade fair”, reports Willi Schneegaß, managing director of ipros Industrie-Produkte-Service-GmbH. Not only was ipros enthusiastic, but rather nearly all of the 220 participating companies from 15 countries. 16% came from outside of Germany, as opposed to 14% at the previous year’s event.
And the good atmosphere was not impaired by a drop in visitor numbers amounting to 7% compared with last year. Of the 4046 visitors who travelled to the trade fair from a total of 36 countries in Europe, the Americas and Asia, 54.2% were attending parts2clean for the first time. 18.1% visited the leading trade fair promoted by fairXperts GmbH with the intention of placing orders, and 25.3% wanted to prepare themselves for investment decisions. A total of 89.4% of all visitors are involved in company investment decisions.

Qualified Technical Discussions with Decision Makers
Not only do the numbers revealed by the visitor survey substantiate the fact that parts2clean is visited by corporate decision makers, exhibitor statements confirm this as well. “We’re very satisfied with the number of leads as well as with their quality. The visitors come with targeted RFQs, which indicates that the trade fair organisers have done a good job”, concludes Patricia Silva from the marketing department at the KAM Industry & Automotive Aftermarket Division of Henkel AG & Co. KGaA. Markus Mitschele from process engineering at Höckh Metall-Reinigungsanlagen GmbH was also very pleased with his company’s trade fair participation: “We’re surprised at the large number of top quality leads. We were able to conduct concrete project negotiations too, which had been put on the back burner during the past two years. And there were lots of targeted new RFQs, many of which came from the automotive industry.” The booth team of a renowned sensor manufacturer was also pleasantly surprised, who was exhibiting at parts2clean for the first time: “As compared with other trade fairs the event is relatively quiet, but the discussions were very valuable and roughly 25% of our visitors came from outside of Germany. As a result of visits on the first two days we’ve already dispatched a number of quotations, and we believe that we’ll be able to generate good turnover with our trade fair presentation.” Karina Mack, managing director at AdunaTEC GmbH, calls it a super trade fair: “One of the characteristics of parts2clean is that discussions here very quickly go into great depth with regard to problem solving and tasks at hand. Consequently, we’ve gotten so far with some negotiations at this year’s trade fair that we only need to get the signatures now.”
Various trends also became apparent due to requirements demanded by the visitors. For example, more attention is being focussed on the issue of residual contamination requirements – not only in the automotive industry, but rather in others as well such as machinery manufacturing, medical engineering and pharmaceuticals. And there’s greater demand for automated solutions too. Temporary corrosion protection is also playing a more and more important role. 53.4% of all surveyed visitors indicated that they use temporary corrosion protection in the production process. Interest in solutions offered by exhibitors from the extended COROSAVE product range was correspondingly great. “Our solutions met with very lively interest. We’re satisfied with our participation at the trade fair, and will exhibit again at parts2clean 2011”, sums up Reinhold Deimer, product manager for air cushion systems at Flöter Verpackungs-Service GmbH.

parts2clean Expert´s Forum with Record Breaking Participation
The expert´s forum held in German at parts2clean is a genuine crowd-puller, and has been organised by fairXperts with technical support from the Fraunhofer Alliance for Cleaning Technology since the trade fair’s premiere in 2003. With a total of 1719 participants, more visitors than ever have taken advantage of this source of information during the course of the
3-day trade fair this year, in order to expand their knowledge covering all aspects of industrial parts and surface cleaning, process engineering, ascertainment of residual contamination, bath maintenance and corrosion protection.
The next parts2clean will take place at the Stuttgart Exhibition Centre from the 25th through the 27th of October, 2011. www.parts2clean.com
- - -

Thank you in advance for sending us a specimen copy.

Contact persons for the editors, and for requesting image files: