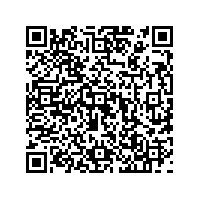 (PresseBox) ( Neuffen, 06-03-10 )
After receiving entirely positive feedback from exhibitors and visitors there’s no doubt: The 5th ISGATEC will once again be held in Nuremberg concurrent to POWTECH and TechnoPharm. As the world’s only Trade Fair for Sealing and Polymer Technology and Processing, ISGATEC offers watertight solutions to users from all industry sectors. Technical support for the upcoming event will be provided by the European Sealing Association (ESA).

Change is always accompanied by opportunity. By moving the event to Nuremberg and simultaneously promoting ISGATEC along with POWTECH and TechnoPharm, the promoters of the International Trade Fair for Sealing and Polymer Technology and Processing have provided fresh impetus. And this is made plainly apparent by the reactions of numerous exhibitors. Günter Lauer, sales manager for seals at Klinger GmbH, was enthusiastic after participating at the trade fair: “Congratulations to ISGATEC 2005 in Nuremberg. The event was a complete success with regard to participation, visitors, presentations and organisation. The trade fair concept was highly convincing in combination with POWTECH. On behalf of my company, I’m pleased to report that the promoters did a great job.” Wulf Geiselhardt, project manager for Freudenberg Process Seals GmbH & Co. KG who exhibited for the first time in 2005 at the trade fair for sealing technology, expressed a similar opinion: “We’ve been pleasantly surprised by the results of our participation at the trade fair. It really paid off to exhibit.” The almost exclusively positive experiences reported by the exhibitors can be traced back to high levels of technical competence and decision making authority amongst the visitors. Roughly 96% of all exhibitors rated these factors as good to very good. And 66% gained new customers directly at ISGATEC. The majority of the visitors were satisfied as well: 87% were satisfied to very satisfied with the quality of the exhibitors’ offerings.
A Complete Range of Offerings for Users from all Industry Sectors
The exhibition portfolio of the internationally unique trade fair covers the entire spectrum of sealing and polymer technology and processing. Everything can be found from dynamic sealing systems such as mechanical face seals, shaft seals, hydraulic seals and pneumatic seals, as well as chemical seals, static seals made from various materials in a great variety of variants, gluing and sealing systems and sealing strips, right on up to moulded parts, diaphragms, bellows and profiles. Additional important exhibition topics include semi-finished seals, seal materials, machinery and equipment, tool and mould making, assembly and feed technology, measuring and test equipment, and services. The trade fair’s nomenclature is rounded out with topics including gluing, adhesive bonding, joining, surface finishing and insulating, by means of which the exhibitors come to terms with the continuously increasing demands which are being placed upon sealing processes. ISGATEC’s concentrated, comprehensive offerings are targeted at developers, design engineers, top management and users from production, quality assurance and maintenance, as well as purchasing agents and distributors of technical products from the automotive industry and engine manufacturing, the chemicals, the pharmaceuticals and the food processing industries, from machinery, equipment and systems manufacturing, air conditioning, plumbing and fluid technology, applications and process engineering, biotechnology and medical engineering, electronics and electrical engineering, cleanroom technology and the pump industry, as well as renewable energies and other sectors.

Supplementary Program with Established Expert Forum and More
With its practice oriented presentations and workshops covering new developments, trends and application-specific solutions, the expert forum has been one of ISGATEC’s crowd pullers right from the very beginning. And it goes without saying that the forum will once again quench the visitors’ thirst for knowledge regarding all aspects of sealing and polymer technology and processing at the 5th international trade fair from the 27th through the 29th of March, 2007. With support from competent partners in the fields of science and economy, as well as from associations and institutions, the promoters will also offer a comprehensive supplementary program, providing exhibitors and visitors with additional benefits.

Further information regarding the International Trade Fair for Sealing and Polymer Technology and Processing can be accessed at www.isgatec.com.