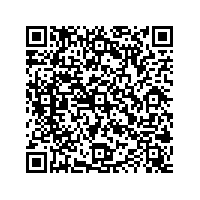 FSK honours Dr. Marco Volpato for his services for the PUR industry 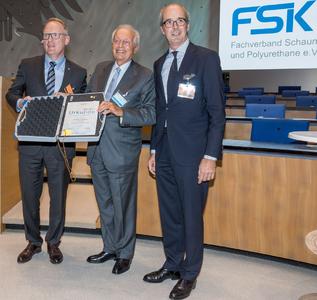 (PresseBox) ( Stuttgart, 15-09-28 )
“Over decades of creative power with ever-new ideas and technologies you have set true impulses and significantly contributed to innovative developments in the polyurethane industry", said FSK Vice Chairman Jens-Jürgen Härtel from Volkswagen in his laudation for Dr. Marco Volpato (Cannon Group) who was presented with the FSK Medal of Honour. As president and co-owner of the machine and plant manufacturer Cannon, Dr. Volpato not only enabled significant developments in collaborative projects with customers and raw material suppliers for polyurethane applications in Europe and other countries, but also further forwarded the company through early international orientation in a global network. In his laudation Jens-Jürgen Härtel also stated that this was also owed to the fact that Dr. Marco Volpato was internationally raised and educated. He was born in 1945 in Verbania, Italy and at a young age studied applied mathematics and economics both in Italy and in the United States. In 1974, after the death of his father, he took over the 1965 founded Cannon Group in Milan, he was 29 years old at the time. There, together with technical partner Dr. Carlo Fiorentini, he developed polyurethane machines for molded foam or slabstock production as well as for refrigerator production and countless other technical applications. Subsidiaries were established as early as 1977 in France and in the United States, followed by Singapore in 1980 and Japan 1982. Other companies followed on almost every continent. The successful international development of the polyurethane machinery business of Cannon, along with over 400 registered patents, reveal the vision and creativity of Dr. Volpato. This warrants the acknowledgement and respect of the industry, for which the FSK Medal of Honour stands.