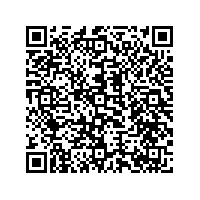 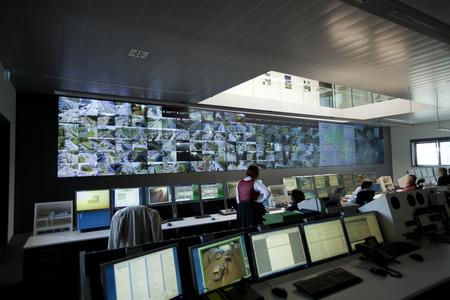 (PresseBox) ( Reutlingen, 12-07-03 )
New large-screen system provides security on the streets of Munich. The growing volume of traffic and the need for modernization of the existing operating facilities in Munich led to the construction of one of the most modern traffic control centres in Europe. Three years after the city council's decision, the new building of the Technical Operations Centre with traffic control centre opened its doors on April 27th 2012. The building department of the City of Munich as awarding authority and principal owner invested a total of about 41 million € in the new building. On a floor space of more than 12,000 square meters, the building is home to the storage and workshops for the operation of technical installations in the city of Munich, as well as the control centre to control the traffic in the Bavarian capital. The central element of the traffic control centre is a giant video wall consisting of 51 LED cubes from eyevis to visualize the traffic situation and the operating conditions of the technical equipment of all Munich's main streets. An interdisciplinary team from the building department of the municipal administration, the district administration and the police operates the control room. The comprehensive overview on the large screen wall enables the staff to react on traffic problems, especially in tunnels, fast and effectively, and to launch corresponding counter measurements

In a 17x3 configuration, the video wall provides an almost seamless screen area of 17x2, 25 m. Each of the cubes of the type EC-50-LSXT+ comes with a screen diagonal of 50 inch and SXGA+ resolution (1400x1050 pixels). The LEDs used as light source not only provide extremely long life, but also allow for a vibrant, stable colour. Through an automatic colour adjustment on all cubes, a homogeneous image representation of the entire wall is always guaranteed.

The video wall is controlled by eyevis Netpix graphics controllers. A total of four controllers from the NPX4800 series are installed to display the signals from more than 200 video cameras and other sources on the wall. The management of connected sources is based on the also integrated eyecon wall management software in conjunction with a eyevis wall server type ESC800. The use of the redundant versions of the controllers and servers guarantees the highest reliability of the visual display system.
Another video wall, which is used for training and presentation purposes, is located in a room connected to the traffic control centre. This video wall consists of four LCD monitors type EYE-LCD-4200-NB with 42 "diagonal screen and only 10mm bezel in a 2x2 configuration. Here again, a Netpix controller provides the signals fed to the screens.

eyevis, the German manufacturer of large screen systems, is one of the leading suppliers and integrators of visualisation systems for professional applications in control rooms, as well as virtual reality and simulation. eyevis has a worldwide network of subsidiaries and certified sales partners. As one of only a few suppliers in its field, eyevis is able to offer complete systems from one source. The complete solutions from eyevis include display solutions, graphics controllers, software applications and all necessary accessories.