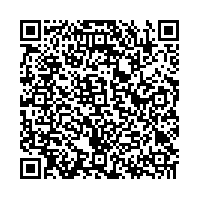 Reliable service worldwide for over 40 years: BO105 helicopters clock up a total of 8 million flight hours 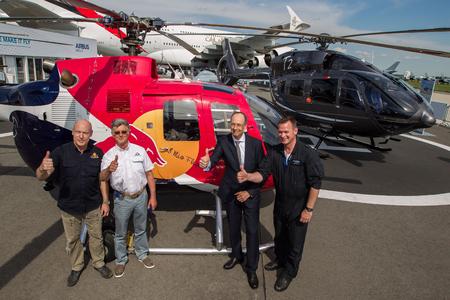 (PresseBox) ( Berlin, 14-05-21 )
BO105 have been a fixture of helicopter fleets around the globe for over 40 years. They reliably carry out their missions and prove their worth day after day under tough conditions. Collectively, they have now completed a total of 8 million flight hours.

"We are proud that the BO105 has reached this unique milestone," says Dr. Wolfgang Schoder, CEO of Airbus Helicopters in Germany. "It's always nice to see the spotlight on a helicopter whose versatility, reliability and robustness advertise the quality of German helicopter construction around the world."

"To this day, I find it fascinating that pilots reach their limits in the BO105 well before the machine itself does. The BO105 remains the only helicopter in the world that can execute the same spectacular aerobatic maneuvers as conventional airplanes," says Rainer Wilke, BO105 pilot with the Flying Bulls. "I'm already very excited about showing the ILA audience what this helicopter can do."

With the introduction of its hingeless main rotor head, the BO105 paved the way for the bearingless rotor systems of today's helicopters. In total, more than 1,400 BO105 helicopters were delivered to customers between 1970 and 2009. In addition to Germany, the BO105 was also manufactured under license in the Philippines, Indonesia, Spain and Canada. Some 700 BO105 are still in service worldwide today, including as air rescue and police helicopters, as transport helicopters in the oil and gas industry, and also for business travel. They completed some 125,000 flight hours in the last year alone.

The German Armed Forces is the biggest user, having also integrated the BO105 into its fleet as the PAH1 anti-tank helicopter. Meanwhile, the longest-serving BO105 was commissioned back in 1974 and is still carrying out aerial work on the Falkland Islands. It now has some 21,000 flight hours under its belt.

Although production of the BO105 wound down in the late 1990s, Airbus Helicopters provides comprehensive support and spare parts for the helicopter fleet and has undertaken to continue doing so until at least 2025. Plenty of time, then, for the veteran helicopter to reach a few more milestones.

You will find Airbus Helicopters at ILA at the Airbus Group Pavilion, Chalet West 8-14. Latest news and pictures from the show will be available online at http://events.airbushelicopters.com

About the Flying Bulls

The Flying Bulls are a subsidiary of the Austrian energy drink maker Red Bull. From their base at Hangar-7 in Salzburg Airport, the Flying Bulls operate a fleet of almost twenty rare aircraft, World War II-era planes, and a classic of passenger aviation, the DC-6B, of which only two airworthy examples survive anywhere in the world. The aircraft museum also has helicopters, which - like their fixed-wing brethren - have to be a bit special to gain admission: The Flying Bulls' two BO-105 make up half the worldwide population of civil helicopters of this type that are certified for full aerobatic flight. Three Flying Bulls pilots are licensed to fly the helicopters in front of an audience in this elite discipline. All aircraft in the Flying Bulls fleet are maintained, repaired and, if necessary, restored at the company's own facilities in Hangar-8. The wings of all aircraft -fixed and rotary - bear the slogan "Red Bull gives you wings."