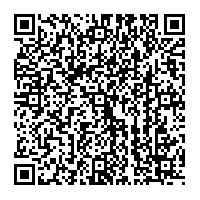 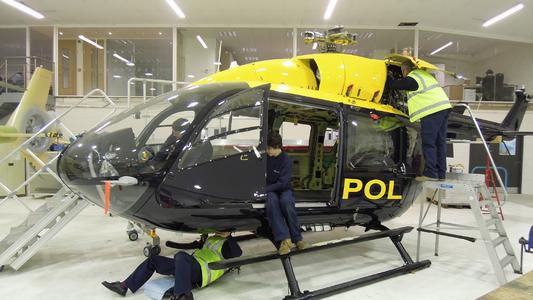 (PresseBox) ( Belfast, Northern Ireland, 13-03-14 )
The acquisition of an EC145 by the Police Service of Northern Ireland will add another helicopter to this agency's all-Eurocopter fleet, and reinforces the company's impressive presence with law enforcement agencies in the British Isles.

This latest rotary-wing aircraft is to be delivered in the first half of 2013, joining the Police Service of Northern Ireland's current helicopter inventory, consisting of an owned EC145 and EC135, along with a leased BK117. With the rest of the fleet the new EC145 will be ready to serve in June this year, during the G8 Summit in Northern Ireland.

The Police Service of Northern Ireland's current Eurocopter fleet provides a high annual utilization, logging an average 1,100 flight hours yearly per helicopter with excellent reliability. The unit relies on an integrated British helicopter mission system and life cycle service solution provided from Eurocopter UK, Britain's civil helicopter hub. Latest state of the art high tech equipment is designed and built into the helicopter at Eurocopter's Oxford plant, whereas maintenance, logistical and technical services are provided locally around the clock at the customer's base in Northern Ireland.

"With this new EC145 order, Eurocopter has further reinforced its position as the preferred provider of rotary-wing mission capability for law enforcement agencies in the UK and Ireland," explained Markus Steinke, Managing Director of Eurocopter UK. "We are proud that the skies above the British Isles are patrolled by our capable and cost-effective products. In times of government budget austerity we prove again that our solutions make a big difference".

Steinke added that the Police Service of Northern Ireland's EC145 acquisition maintains Eurocopter's 100 percent market share for police helicopter fleets in Northern Ireland, the Republic of Ireland and Scotland, along with a 70 percent share for England and Wales, accumulating to a total fleet of 30 EC135/EC145 helicopters.

With more than 350 Eurocopter helicopters in civil and parapublic service across the United Kingdom, Eurocopter UK is the region's leading onshore supplier of rotorcraft solutions.

From its main facility in Oxford, Eurocopter UK affiliate offers a full range of products and services for rotary-wing aircraft operators in the law enforcement, military, medical airlift and private and business aviation sectors.

Eurocopter UK Ltd and its predecessors have been present and highly active in the United Kingdom for over 30 years, dominating the civil rotary wing (rw) sector. Its contribution to the aerospace sector of the national economy includes the development of police aviation leading to a 75% market share, air ambulances (70% share), and well over 50% of the offshore oil and gas market. Eurocopter UK Ltd is headquartered in Oxford, with additional bases in Dublin (Ireland), Belfast (Northern Ireland), Hawarden (Wales) and Aberdeen (Scotland) and provides the full range of products and services for the rw sector, including prime contractor ship of the RAF Puma Mk2 programmed. Some 450 Eurocopter helicopters form the biggest part of the UK's turbine helicopter fleet and the backbone of vital national infrastructure such as 100 helicopters serving the UK Ministry of Defence for transport, training and high end operational missions. Eurocopter enjoys a reputation for innovation, high quality and a strong customer service ethos. To date, Eurocopter UK Ltd has exported helicopter High-Tech solutions to 23 nations on all continents. The Eurocopter group employs more than 1600 people across the British Isles.