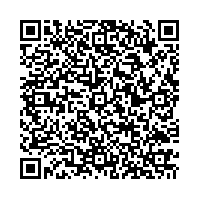 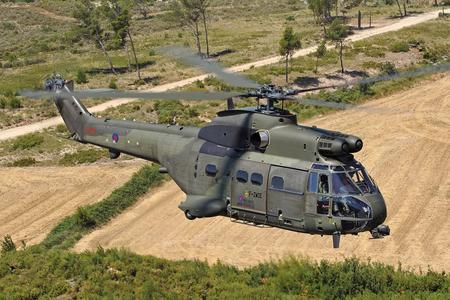 (PresseBox) ( Farnborough, England, 12-07-09 )
The upgrade of UK Ministry of Defence Puma aircraft took a major step forward last week with Eurocopter completing its first internal qualification of the Puma Mk2 aircraft. This upgrade will significantly enhance the aircraft's performance, mission capability and safety. The first modified aircraft will fly into the UK in the coming weeks to conclude test and evaluation activities at QinetiQ's Boscombe Down facility.

Eurocopter's first internal qualification of the Puma Mk2 was achieved on July 6, concluding the first phase of the planned developments, with further enhancements to its mission capabilities planned over the coming months. To date, Eurocopter has completed the initial upgrade process on three Puma helicopters, all of which are now involved in flight testing. The first of these will be delivered to QinetiQ's Boscombe Down military test and evaluation center for further trials.

The Puma Mk2 helicopters represent a key element of the UK's medium battlefield support helicopter capability, and will be deployed for tactical troop and load movement by day and night. The upgrade will extend the operational lifetime and significantly upgrade the capabilities of 24 of the Royal Air Force Puma helicopters. The new Puma is an ideal medium lift platform for urban operations and its ability to be rapidly deployed by C17 make it the ideal platform for fast moving contingent combat and humanitarian operations.

"This qualification milestone marks another important accomplishment in a program that is vital for the UK's combat capabilities, and it results equally from Eurocopter's commitment to its success and our close cooperation with the Ministry of Defence," said Markus Steinke, the Managing Director of Eurocopter UK. "Once upgraded, Puma Mk2s will be serving the Royal Air Force until 2025, offering exceptional performance and capability that is excellent value for the money."

Enhancements for the Puma Mk2 include major performance and safety improvements with the use of new Makila 1A1 turboshaft engines; the integration of a full glass cockpit incorporating modern avionics and a flight management system; the implementation of a digital automatic flight control system; as well as the incorporation of a secure communications suite, new defensive aids and ballistic protection for crew and passengers. Additionally, the helicopter's greater onboard fuel capacity and lower fuel consumption will increase the Puma Mk2's operating range. The Puma will be able to carry twice the payload over three times the range than its predecessor even in the most demanding of environmental conditions.

Established in 1992, the Franco-German-Spanish Eurocopter Group is a division of EADS, a world leader in aerospace and defense-related services. The Eurocopter Group employs approximately 20,000 people. In 2011, Eurocopter confirmed its position as the world's number one helicopter manufacturer with a turnover of 5.4 billion Euros, orders for 457 new helicopters and a 43 percent market share in the civil and parapublic sectors. Overall, the Group's helicopters account for 33 percent of the worldwide civil and parapublic fleet. Eurocopter's strong international presence is ensured by its subsidiaries and participations in 21 countries. Eurocopter's worldwide network of service centers, training facilities, distributors and certified agents supports some 2,900 customers. There currently are more than 11,300 Eurocopter helicopters in service in 149 countries. Eurocopter offers the most comprehensive civil and military helicopter range in the world and is fully committed to safety as the most important aspect of its business.