Eurocopter is proud to present its AS350 B3 Ecureuil helicopter - the latest newcomer in China - and the EC225, the Chinese market's leading heavy twin-engine helicopter, at the Airshow China 2010 in Zhuhai 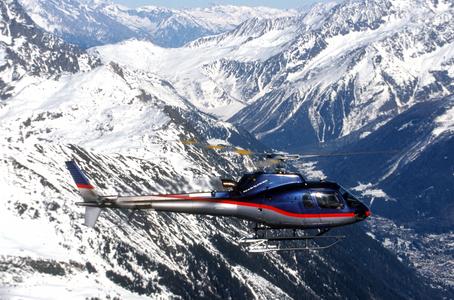 (PresseBox) ( Zhuhai, 10-11-16 )
The company's presence at this week's biennial event includes the static display of an AS350 B3 operated by the China Southern Power Grid, and an EC225 from the Rescue and Salvage Bureau of the Ministry of Transport, P.R.C. In addition, scale models of the AS350, EC225 and EC135 helicopters are being shown by Eurocopter on the exhibit stand of its EADS parent company (Stand C1-1, Hall 1).

The AS350 B3 Ecureuil was certified in 2009 by the Civil Aviation Authority of China (CAAC) for operation in China, and this rotary-wing aircraft's high-altitude performance enabled it to become the only helicopter to have landed on Mount Everest at an altitude of 8,800 metres.

By the end of 2010, a total of six AS350 B3s will be operating in China - primarily for general aviation purposes. As an example, the AS350 B3 presented at Airshow China currently is being used by the China Southern Power Grid for surveillance of power lines in China. Another example of this helicopter's popularity in China is the delivery last month of an AS350 B3 to the Huaxi Village Group. It will be used for general corporate and utility purposes, along with sightseeing visits in the vicinity of Huaxi Village - which is considered to be one of the richest villages in China, with nearly two million tourists annually.

Eurocopter's EC225 is yet another popular and versatile helicopter deployed in China, as showcased by the helicopter displayed at Airshow China 2010 from the Rescue and Salvage Bureau of the Ministry of Transport, P.R.C. This Bureau currently is operating two EC225s for search and rescue missions, with two others to be delivered in 2011.

Today, there are 22 helicopters from the Super Puma family in China, growing to 27 by the end of next year - of which 10 will be the newest EC225 version. This confirms the EC225's capabilities as the best performer in its category, and proves its mission versatility in a wide range of operations.

Currently, there are more than 150 Eurocopter helicopters operating in China. In terms of missions, these rotary-wing aircraft currently are being used in applications that include transportation support for the oil and gas industry, search and rescue, public services, commercial operations, as well as corporate/VIP missions.

Created in December 2006, Eurocopter China is a wholly-owned subsidiary of Eurocopter Group, responsible for sales and customer support activities for the company's entire range of products. In 2009, Eurocopter China achieved a turnover of 24 million Euros and a market share of 41%. With over 40 years of presence and 30 years of experience in industrial cooperation in China, more than 150 Eurocopter helicopters have been sold in the country. In order to provide quality service in proximity to Chinese operators, Eurocopter China has established a multi-based organization in Beijing, Shanghai, Shenzhen and Hong Kong staffed with around 35 employees.